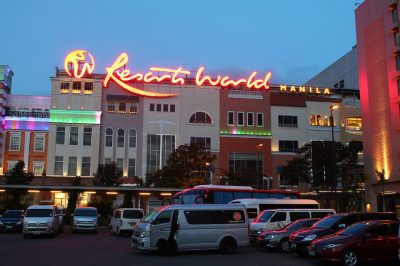 Driven by the potential weakening of the Philippine’s thriving casino industry positions, which is the main state revenue tax donator, made the country’s authorities to take the matters in hand and slap the resort and the regulatory body on the wrist by threatening them with license revocation.

The Philippines has one of the most developed casino industry in the world, being a place not only of attractive casino resorts, but also being the host of many industry-related events and exhibitions. On 2nd June Resorts World Manila was attacked by the bullets of a gunman, killing 37 people. The police explained that this is not a terrorist attack, but an accident, because the offender was supposedly chasing his losses from his gambling experience. It was reported that the ongoing investigation still cannot give clear answers to certain questions.

Taking in mind that Manila is a major building block in the gaming industry, it is expected that all the safety measures against possible attacks are taken. Especially when it comes to an industry, which is related to piles of money, it is in the interest of the casino operators and managers to incorporate the highest level of safety measures in the gaming facility. That is the reason why this tragedy came out of the blue, because a casino resort with such a strong position on the market, which is constantly rolling up bunches of money is supposed to have an adequate safety system.

This unleashed the question if the casino resort met all the requirements in the protocols for safety operation. The exacerbated situation add fuel to the problem, pushing lawmakers to threaten Resorts World Manila and the gaming regulator Philippine Amusement and Gaming Corporation (PAGCOR) with a license suspension. Now, legislators are trying to find a loophole to pass a bill, which invalidates the Republic Act 9487, under which PAGCOR is responsible for the gaming-related issues and regulations. Rodolfo Fariñas, House majority leader targets PAGCOR, appealing legislators to strip its rights.

This means that PAGCOR will be deprived of its position as a regulatory body, losing its license and rights. PAGCOR, on the other hand, responded to the accusation by explaining that the resort did not comply with their warnings. Andrea Domingo, PAGCOR Chairwoman, explained that they send Resorts World Manila a warning message on 24th May that the casino operators need to improve their security system. Furthermore, PAGCOR also started its own investigation, which found out that the security system in the parking lots was absent and the guards were not properly equipped.

Kingson Sian, Resorts World Manila CEO and President responded to the verbal attack by explaining that his company complied with all the requirements, which were set by the regulatory body, otherwise their license would be already taken away. He also outlined that on the exact day of the accident, the resort welcomed more than 12,000 people and most of them are saved from the attacker’s bullets.

The Philippines is an important casino venue, which reaps a great amount of its tax revenues from the flourishing gaming industry. Up to now, Resorts World Manila and PAGCOR are only passing the buck between each other, prolonging, but not solving the problem. Experts see a potential threat for the industry to slowly fade away, because the accident will definitely shake the strong position of the country in front of the gambling community. The license revocation threat is also a way to ease the pressure caused by the delicate situation by comforting people that punishments will be imposed.