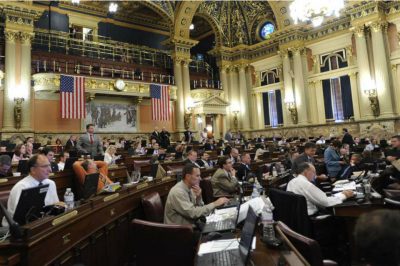 The Pennsylvania House of Representatives approved a years-long debated massive amendment in the gambling regulations in the late hours on Wednesday, which has the potential to re-shape the whole gambling industry in the state, if it acquires the status of a law.

The expansion of the gambling industry has been on the table for a long time. A bill, introduced by State Rep. Jason Ortitay seeks to allow online gambling, daily fantasy sports (DFS) and video gaming terminals (VGTs) across the state. In other words, licensed gaming operators will be authorized to bring gambling in public places such as bars and restaurants, as well as on the internet.

The big package of amendments includes almost 700 pages, which are said to be the second biggest step forward for the Pennsylvania’s gambling industry, after allowing the casino industry to enter Pennsylvania’s market in 2004.

Under the new gambling expansion bill, also known as HB 271, all public places, which are given a liquor license, will be allowed to place also slot machines. Bigger facilities such as bars, hotels and restaurants will be given the right to house maximum 5 gaming terminals, while truck shops are permitted to house even 10. Off-track betting sites, on the other hand, will be allowed to place 250 slot machines, if these are willing to pay a fee of $5 million.

In fact, the Senate had also passed its own gambling-related bill, which is very similar to the one of the House. However, the two bills feature also 2 major differences, which may be the Apple of Discord, when the gambling expansion bill is pushed in the Senate for approval.

The first great difference comes from the tax rate, which should be imposed on the iGaming operators. The Senate offers a scheme, which differentiates between the online poker from the video slots and table games, subjecting them on a different tax rate.

On the other hand, the House suggests a simplified variation, which imposes a 16% tax on the gross gaming revenue and a one-time fee for the license. The other issue between the two bills is related to the video gaming terminals, which are even excluded from the Senate’s proposal.

Wednesday’s positive vote came because the state’s budget is in need of a strong economy booster. In an attempt to bridge the gap in the state’s treasury, the legislators needed to vote in favor of the gaming expansion bill. Some legislators even commented that there are already enough illegally operating gambling terminals across the state and under the new rules, these will be legalized and taxed.

House Republican leaders even expressed their hopes to pluck hundreds of millions of dollars from taxes and licensing fees in order to support the shabby state budget. House Majority Leader Dave Reed even referred to the vote as a must predecessor of the upcoming state budget negotiations. If the gambling expansion bill enters the Pennsylvania’s “law books”, this will pave the way for the iGaming operators to expand the industry and prop up the state’s economhy.