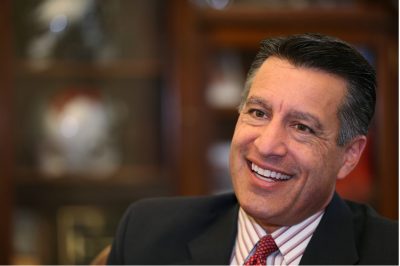 Brian Sandoval, the Governor of Nevada, signed an extension to the pari-mutuel bill, which invalidates the restrictions on eSports betting and allows players to place their bets on everything, except politics.

Mr Sandoval approved the proposal to remove the restrictions over eSports bets and signed an extension to the bill, which allows all type of bets, including award events and all kind of animal races. The amendment of the bill is known also as Senate Bill 240, which went into effect from 1st July.

Ironically, the revised text of the bill does not even contain the word “eSports”, but “other events”. It was explained that all “other events” include all type of competitions and racings, except politics.

Now, the Nevada Gaming Commission, which is the main regulatory body being responsible for the gambling sector across the state, will have one more task on the agenda. It will be in charge of issuing licenses to the casino operators, which would like to offer pari-mutuel, including off-track pari-mutuel, eSport wagering options. What is more is that it will have the power to amend, invalidate and accept any further regulations, considering these type of bets.

An idea about establishing an Off-Track Pari-Mutuel Wagering Committee sprung also on the surface. It will be focused only on the issues, concerning off-track pari-mutuel bets. The committee is planned to consist of 11 people, who will operate hand-in-glove with Nevada Gaming Commission in order to establish better regulations, which will govern the sector.

The main proponent of SB 240 is Senator Becky Harris, who strongly supported the idea for the bill to be revised. In a hearing, which took place on 23rd March, the suggested changes and extensions were discussed and the lawmakers decided to adopt the proposal.

The invalidating of the restrictions is considered by many specialists as the natural development for the further growth of Las Vegas as a major gambling venue. Even though “Sin City” did not experience any lack of eSports places, bets were not allowed since these locales lacked the needed license.

On the other hand, casino operators are excited by the new opportunity to add these type of bets to their list of offers. These are expected to attract the attention of many people and even gain the upper hand over the well-known existing games.

In fact, the wagering on eSports appears to be on the table in Nevada for a long time. Being discussed for long enough, it was the last component, which was missing in the gaming capital of Las Vegas. But Mr Sandoval decided not to obstruct the expanding of the gaming sector, but to give it a green light with signing SB 240.