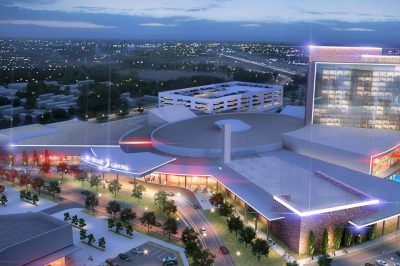 The residents of Kenosha County support a casino run by the Menominee Indian Tribe and Hard Rock International by a more than 2-to-1 margin. According to the results of a recently-held poll rolled out by the tribe’s gaming commission, about 60% of local voters favored the project, while 25% opposed it.

The survey, conducted by the Tarrance Group last month, revealed that a proposed casino in Kenosha County has gathered even bigger support levels in the four-county region that also encloses Milwaukee, Waukesha, and Racine counties. According to the results of the poll held between 600 residents of the region, 60% of the survey participants supported the project, while 15% opposed it, which constitutes a more than 3-to-1 ratio of support.

The chairman of the Menominee Indian Tribe of Wisconsin, Ron Corn Sr., issued a media release saying that the residents of the Kenosha area had supported a casino in the region by a wide margin. According to him, they understood the value of attracting more visitors to Kenosha and the fresh money flow they would create, as well as the fact that more jobs were set to be created. Mr. Corn Sr. believes that the casino project of the Menominee Tribe and Hard Rock would generate more revenue for both Kenosha city and the county. According to him, the survey results were good news for Kenosha and the Menominee Tribe, especially due to the fact they demonstrated bipartisan and regional support for the casino project. The aforementioned survey was held by the Tarrance Group of Alexandria, which has already conducted other polls in the state of Wisconsin over the past twenty years.

The research was completed during the last week of September among 600 people, with 50% of the respondents being from Kenosha County, and the other 50% being from Milwaukee, Waukesha and Racine counties. More than half of the survey responses were completed on the respondents’ cell phones.

According to the results of the survey, all age groups in the four-county area claimed their support for the project. The highest score of support (67%) for the casino project came from survey respondents in the 35-54 age group.

As mentioned above, 60% of the polled Kenosha County residents said they favored the casino project, another 25% opposed it, and 15% of the respondents stated they were not sure about it. The support list was topped by a younger demographic group, with 74% of the individuals aged 18-34 favoring the project. The majority of female survey respondents with jobs (65%) in Kenosha County also backed the proposed casino, while 62% of the male poll respondents with jobs supported the project. The Menominee Indian Tribe and Hard Rock casino plan gathered strong support among black and Hispanic residents of Kenosha Country – 67% and 75%, respectively.

In fact, the residents of the county have backed casino gambling for quite some time. In the fall of 1998, more than half of Kenosha County residents (57%) voted against a referendum seeking to suspend casino gambling in the county. Six years later, in 2004, 56% of the local voters gave the nod to the casino in a non-binding referendum. A poll held by Marquette University Law School in 2014 found that about half of the area residents supported a potential casino establishment.

In July 2022, the Menominee Indian Tribe of Wisconsin officially revealed that it had joined forces with Hard Rock International to relaunch its efforts to establish a casino and entertainment center on the city of Kenosha’s west side.

Under the terms of the two parties’ agreement, the Menominee Tribe would own the casino and the facilities related to it, while Hard Rock International would serve as a developer and manager of the project. The company has had a longstanding partnership with the Menominee Indian Tribe and would now support its efforts to establish a world-class gaming and entertainment resort in Kenosha County.

Previous plans have called for the duo to build its casino and entertainment venue on a 60-acre piece of land situated just west of Interstate 94. Previously, the property was owned by the Village of Bristol, but the Village Board and the Community Development Authority unanimously approved a sale of the land for more than $15,213,000 in the summer.

Hard Rock International had previously unveiled plans to join forces with the Menominee Indian Tribe for the development of a casino and hotel project worth $800 million, which was supposed to be situated at the former site of Kenosha’s Dairyland Greyhound Park. The then-Governor Scott Walker, however, rejected the project in 2015.