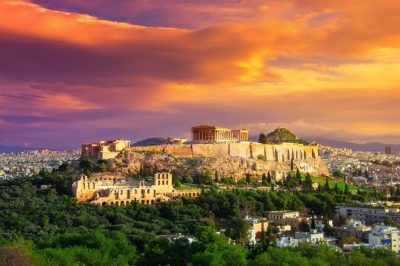 Hard Rock International and its local partner Gek Terna have put their plans to establish an integrated casino resort in Greece in motion. Only a few weeks after getting official approval of the project, they are anxious to make progress with their “Inspire Athens” casino project.

Earlier this week, the US gambling and casino giant and its domestic commercial partner revealed that they are ready to turn the casino project into a reality. The two operators officially confirmed their partnership on the Greek casino establishment, once again describing the benefits for the local casino industry and the country’s economy that are set to be brought by the “Inspire Athens” integrated casino resort.

The project, called the Hard Rock Hotel and Casino Athens, also known as “Inspire Athens” in short, is set to start operation in 2026. Apart from the gaming floor, the project will feature a luxury hotel, conference and meeting spaces, as well as an entertainment venue. There will also be a high-end promenade, various dining options, and the Hard Rock’s Rock Spa and Pool Complex. The project unveiled by Hard Rock International and its partner also features the highest outdoor rooftop terrace in Athens.

A total of 200 gaming tables and 2,000 gaming machines will be situated in the casino.

Gambling, Accommodation and Entertainment Options to Be Offered to the Inspire Athens’ Customers The US investors in the Inspire Athens integrated casino resort have noted that basic Greek elements, including the country’s mythology, art, and the sea, have influenced the project’s design. The architecture of the venue combines the aforementioned elements with modern architectural decisions to create a modern integrated casino resort that could still blend effortlessly with the traditional landscape of Grece.

According to preliminary statements of Hard Rock and Gek Terna, the integrated resort’s design includes gardens, open spaces, water features, and other elements. The project is set to be constructed on about a 205,000-square-meter site. The two companies further revealed that the development is set to create more than 3,000 jobs for local people, along with high-quality entertainment and an unparalleled gaming experience for guests.

The integrated resort will offer hotel accommodation in over 1,000 guest rooms and suites overlooking either the waterway or the views across Athens to the Parthenon.

The “Inspire Athens” integrated casino resort is not the only IR project for the region. In fact, the Mediterranean has become an exciting global casino destination, with another international casino and gambling giant – Melco Resorts & Entertainment – having chosen Cyprus as the place where its City of Dreams Mediterranean resort is set to be situated. Hard Rock has seen Greece as the perfect location for further expansion, although it almost missed out on the opportunity, as it originally compete with Mohegan Gaming and Entertainment for the rights to establish the gambling property.