The request approval means that the casino property, situated in Water Street, is set to remain shut. The casino, which started operation in 1961, is to become one of the three Boyd venues on the territory of Southern Nevada that are inoperational as a result of the coronavirus pandemic outbreak.

On August 18th, the Henderson City Council voted unanimously in favor of the request as part of its consent agenda. The decision follows a letter sent by the vice president of Boyd Gaming’s regulatory compliance unit, Michelle Rasmusson, on July 15th. In the letter, the company requested the local authorities to grant its Eldorado Casino a non-operational status. When asked for comment, a spokesperson for the gambling operator referred to the latest earnings report that was issued by the company on July 28th.

According to documents received by the Henderson City Council, Boyd’s Eldorado Casino will be able to keep its liquor and gaming licenses but the venue would remain closed through June 2021. 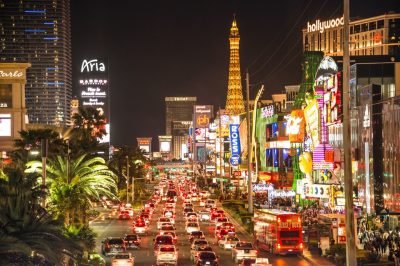 In a letter to the City Council, the company explained that at the time it makes a decision to reopen the property, it would submit a reopening plan for approval. Boyd Gaming further noted that it remains willing to work with the City of Henderson on the Eldorado Casino reopening in a safe manner and in compliance with all requirements that may be applicable to gambling operators in the future.

Under the now-approved request, the Eldorado Casino will be able to remain closed through June 4th, 2021, and still keep its licenses. However, Boyd Gaming’s officials shared that they are not certain when the company would be able to reopen the three properties mentioned above – Eldorado Casino, Eastside Cannery, and Main Street Station. The Chief Executive Officer of the gambling operator, Keith Smith, referenced the Main Street Station property of the company in downtown Las Vegas when explaining to investors that customer demand would determine when the three casinos would resume operations. Mr. Smith explained that the two other casinos are smaller properties, so the reopening would depend on customer demand.

So far, the casino was subject to renovation in 1997 and 2007. Its gaming floor is situated on 30,000 square feet and hosts more than 400 slot machines. Keno and bingo are also offered in the venue, along with a sportsbook. The facility was shut on March 17th following an order issued by Governor Steve Sisolak as part of the state’s efforts to reduce the further spread of the Covid-19 infection.

Boyd Gaming has not been the first operator to request the same license status for a casino. Recently, a similar request has been made by Station Casinos regarding three of its properties – Fiesta Rancho, Fiesta Henderson, and Texas Station. The measures were approved by North Las Vegas and Henderson city councils.