Potential Regulatory Changes Cause a Stir Among California Card-Room Operators 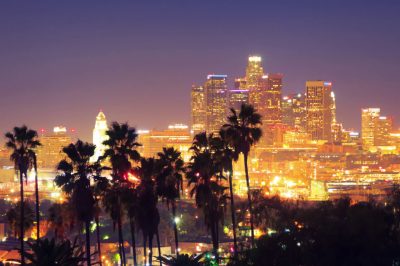 The plans of California’s authorities to introduce new regulations for certain table games have caused quite a stir among card clubs across the state. They fear the new rules may be too restrictive and as such, may have a negative impact on their business.

The local Bureau of Gambling Control has already commenced hosting workshops about the new regulations but is yet to reveal more detailed information about the changes and the reasons behind them.

The uncertainty has caused a good deal of trepidation among card-room operators across the state, who fear the regulatory changes may be stringent enough to abolish certain table games that are responsible for over 70% of their operations.

There is no specific information on the changes except that the regulators are looking to adopt new rules concerning third parties that assume the role of bankers in some table games like blackjack poker. The gambling establishments in tribal reservations and Las Vegas host card games in which participating players win money directly from the house through its representative, the dealer, who settles winning bets and collects losing wagers.

In contrast, card rooms in the state of California are prohibited from playing the role of a banker at their own tables. The only exception to this rule are the card rooms operating within the territory of Native American reservations.

There is a dealer to handle the cards, of course, but the patrons are betting against the propositional player who is positioned next to the dealer to settle winning and losing wagers. This enables California card clubs to generate extra revenue since they collect a fee per hand from all patrons participating in their card games. The amount of the fee depends on the minimum and maximum limits at a given table. 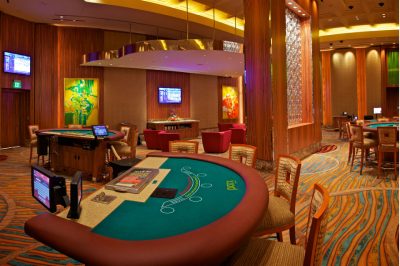 The owners of card rooms across California are worried that the local regulatory body is acting under pressure on behalf of Native American tribes who also operate table games from within their reservations. If the Bureau of Gambling Control decides to put an end to third-party businesses acting as bankers, card-rooms might suffer a serious decline in revenue, hence the uproar on behalf of the local operators.

For instance, the Gardens Casino card room in Hawaiian Gardens, California, generates around 40% of its overall revenue from tables games where third-party bankers are present. These are all very popular card games like baccarat, a variation of 21 called blackjack poker, Ultimate Texas Hold’em, and Pai Gow poker. Some establishments in the state rely on games with third-party bankers for as much as 70% of their operations.

Tribal casinos are also flourishing on the territory of California, with as many as 63 tribes that are involved in gambling operations. The latter generate quite a substantial revenue for the tribes. In 2015 alone, they registered record highs of $7.9 billion in revenue.

The President of the California Gaming Association, Kyle Kirkland, is of the opinion local card rooms will take a serious hit should the new rules eradicate the practice of using third-party bankers. Additionally, such unfavorable changes would leave many people who earn their living in the card rooms out of work.

The Chair of the California Nations Indian Gaming Association, Steven Stalling, also commented on the subject, rejecting the accusations of the tribes exercising pressure on the local regulators to enforce new rules regarding games banked by third parties.

Stalling went on to explain the only thing the tribes have asked for is for the state to enforce the current regulations on banked games. He is also of the opinion the owners of some of these card rooms own the businesses acting as third-party bankers.

Currently, there are 66 card rooms on the territory of California. These are responsible for the employment of 23,000 people and contribute around $300 million in taxes per year. The last workshop hosted by the state’s Bureau of Gambling Control attracted a crowd of 200 attendees, with the majority of the speakers defending local card-room operators.