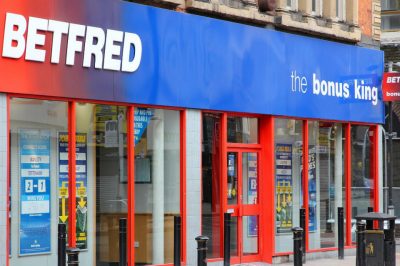 A gambler in Lincolnshire, England, has filed a lawsuit against the British bookmaker Betfred after the company said that his win of a £1.7 million jackpot was a result of a software malfunction and decided to void it. Thinking that he was a millionaire after hitting the jackpot online, the man spent £2,500 celebrating the win with his family and friends only to learn a few days later that it was all a “glitch”.

Andrew Green, a 52-year-old gambler from North Hykeham in Lincolnshire, won the mouth-watering jackpot while playing the popular Frankie Dettori’s Magic Seven game on the Betfred website in January. He played the blackjack version of the game which featured a progressive jackpot of £1.7 million (approximately US$2.19 million). Five days after taking his family to a local pub to celebrate the win, however, Mr. Green was contacted by the betting company and heard the unpleasant news that his winnings were void.

According to Betfred, his win took place as a result of a software malfunction and, therefore, was not legitimate. The gambler, however, had extended his bank overdraft in order to pay around £2,500 for the celebratory drinks, the Daily Mail reported on Thursday. He was less than happy with the betting firm’s explanation that a computer glitch had occurred while he was playing so Betfred offered him £60,000.

Green turned down the settlement, according to which he had to sign a nondisclosure agreement in order to receive the compensation. He is now taking his case to High Court and expecting the company to honor the bet. His legal representative Peter Coyle explains that Betfred has not provided evidence of the error. The gambler believes, however, that even if it was a glitch, he could not have known about it and should not be held responsible. The preliminary hearing was held this Monday. 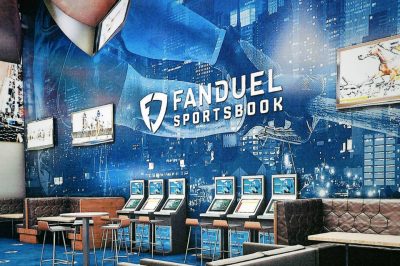 This is not the first time a gambling site refuses to pay out a huge win or a jackpot, blaming it on a glitch in the software of the game. Bookmakers have also voided bettors wins, saying that there has been a malfunction in the live-betting system.

In July 2017, Bet365 said that Megan McCann’s £1 million win was not legitimate and did not pay her. The student from Belfast wagered quite successfully £13 on accumulated bets involving horse racing but according to the sportsbook, these bets were placed by a third party. She did not place just one bet but nearly £25,000, which the company decided to keep. McCann took the bookmaker to court but the case will not be heard until next year.

Earlier this year, the FanDuel sportsbook in New Jersey refused to pay out $82,000 to a bettor, saying that the 750-1 odds displayed was a mistake. According to the firm, a glitch occurred in the pricing system and continued for a short time, but it was long enough for the gambler, Anthony Prince of Newark, to place his $110 bet. As a result, his winnings were not considered legitimate and were void.

Following a vast media coverage and an outrage from the gambling community, however, FanDuel decided to give Anthony Prince his winnings even if they were caused by a mistake in the software. In an official statement in September, the company explained that sports betting was “supposed to be fun”. These glitches, even if rare, were possible, FanDuel continued, adding that they would honor the win after all.