The recent turn of events in Connecticut directly affecting the Native American tribes land sovereignty as well as previous plans for a third casino venue on a state level. Amid this whirlpool of events and statements, major casino developer and operator MGM Resorts claimed it would continue working towards achieving its goals of operating in Bridgeport, now that the environment is more accommodating.

Previously voiced plans regarding a premium casino resort in Bridgeport Connecticut are being eyed once again by the casino operator. Making the best of the situation occurred over this weekend, MGM Resorts is once again placing the topic on the agenda. The casino developer never gave up on its plans to add yet another location to its portfolio near the waterfront at Steelpoint Harbor off Stratford Avenue. This is a fact visible by this summer’s conversation held with the community, striving to inform people about the projected benefits.

We were thrilled to be the Community Game Changer sponsor of the “Downtown Thursdays” concert series in #Bridgeport this summer, where we spoke with residents about the benefits a Bridgeport casino will bring to the community. pic.twitter.com/lT7WbFUuZq It has been confirmed now that plans for the said location is eyed once again and the developer would work on its bid once auction for a commercial casino license is held. With the help of a ruling coming from the US District Court of the District of Columbia, MGM Resorts would from now on have the authority to be a defendant if the tribes decide to enter a legal feud for their rights.

Back in September 2017 it became known that the major casino operator considers building the casino and entertainment complex set to feature 160 gaming tables, 2,000 slot machines, a 300-room hotel, a 700-seat theater, as well as a dining and retail area. The needed bill which has the potential to allow non-tribal companies to operate within the state passed the House by a 77-73 support. However, the Senate could not provide it with a vote before adjourning.

MGM Resorts was more than content with the ruling, coming as a confirmation that the state would not have the right to issue a permit for gambling without the mandatory bidding process. Such auction would provide all parties interested with equal chances to claim it, which was not the situation prior to this ruling.

It could be recalled that the commercial casino developer has been among the most fervent opposer of tribal gaming expansion in Connecticut, especially when it comes to the casino venue in East Windsor. 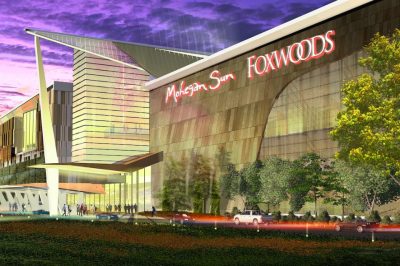 Following the ruling, tribes expressed their discontent, but at the same time confirmed they are weighing their options at the moment. A spokesperson for the joint venture formed between the two Indian tribes stated that the casino project should become reality, as this is a commitment made towards the community and its improvement in the foreseeable future.

This weekend proved to be one of the most heated when it comes to the gaming field of Connecticut and its potential future. It could be recalled that a federal judge issued an official position on the case in a total of 58 pages. As a result, the state’s two federally recognized tribes, the Mashantucket Pequot and the Mohegan tribe had their plans for a joint casino venue operation in East Windsor stalled.

The state, Mashantuckets and Mohegans have not decided whether to appeal a judge’s ruling that dimmed prospects for the tribes' East Windsor casino project. https://t.co/My7sCqn1Du pic.twitter.com/lBWca5fBXA

The potential casino venue would be a direct competition and an equal rival to already operating MGM Springfield, located in neighboring Massachusetts. With the help of this new tribal venue, local players willing to travel to Springfield and boost the neighboring state’s economy would have an equally appealing alternative in their own state. Only 12 miles would stand between the two locations if the tribes receive the right to operate.