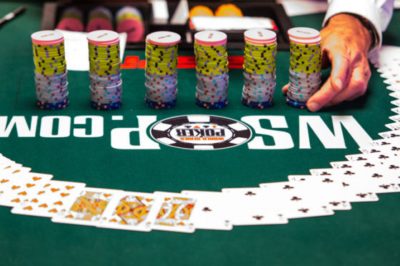 One of the most exciting times of the year for every poker enthusiast is upon us and this is the long-anticipated return of the World Series of Poker which is going to witness its 49th edition this year. With as many as 78 official gold bracelet events this is sure to be the highlight of the year for many participants already making their way to Rio All-Suite Hotel and Casino Las Vegas which is set to host the major poker festival.

WSOP is known around the globe as a trustworthy brand in the poker world which has a lot on offer and is constantly striving to provide players from all four corners of the world with Circuit Events on various stops. There is also the World Series of Poker Europe festival dedicated especially to the players in Europe and providing them with attractive prize pools and payouts. The last days of May are going to see the official start of the worldwide-known poker festival, 29th being the official first day, and poker action is scheduled to continue well into 17th July.

Over the span of this month and a half or 50 days of live performance on the felt, the guests attending live at the Rio All-Suite Hotel and Casino will also have the chance to make a move in the poker world and potentially win some of the big cashes up for grabs during the festival. Last year there was a total of 7,221 players registered for participation and this marked the third-largest player pool in the history of the WSOP. This year is expected to bring even more participants to the Rio and attract them with the wide variety of poker tournaments. The Main Event is considered the culmination of WSOP and in 2018 it is going to commence sooner than last year. According to the official schedule issued it will start on 2nd July and will continue until 14th giving players from everywhere the chance to make their way into the tournament and showcase their skills on one of the poker tables.

There will be three starting flights giving them enough opportunities for entering and re-entering the run towards the big cashes of this culminating event. The buy-in for this event amounts to some $10,000 which guarantees generous prizes for the top players. Following the final day of the Main Event, there will be another 13 events which is a record number and should be taken into consideration by anyone who could not make it all the way to the cash payouts during the culminating tournament.

Among the poker festival highlights is the event with the lowest buy-in amounting to $365 which would be Event #6 GIANT No-Limit Hold’em. It will have a new starting flight every Friday in June. There is also Event #7 $565 COLOSSUS No-Limit Hold’em which features a $1 million guaranteed for the skillful winner and is set to commence on 2nd June.

Event #63 is the $3,200 WSOP.com Online High Roller No-Limit Hold’em which features a significant buy-in and has the potential to make many people richer. The upcoming almost two months are set to bring riveting poker action and the team of CasinoGamesPro is going to keep you posted on the latest happenings at the Rio.