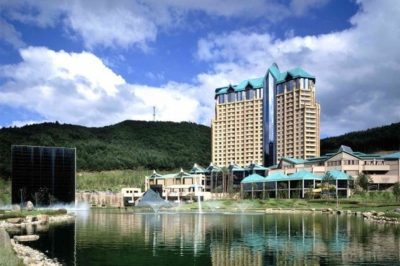 Kangwon Land is the only casino location in the region of South Korea that is permitted to welcome nationals of the country willing to give their luck a try at the gambling facility. The first quarter of this year, however, witnessed a significant drop in the profit when compared to the performance of the casino operator at the very beginning of 2017. Some 30.3 percent plunge was calculated, contrasting the great levels of operation at the end of last year.

South Korea is a region which has a lot to offer to the world and the recent months have been proving this. One of the sectors which has demonstrated quite the surge in the last months of 2017 and the very first ones of 2018 was gambling. The integrated resort which has a lot on offer for the people who are interested in giving their luck a try is located in the region of Kangwon province, situated about 150 kilometers away from the capital Seoul. This is the only place where gambling is allowed to South Koreans and as it could be seen by the report of the operator the figures for the beginning of 2018 were not as high as expected.

Across the first three months of this year, the net income of the casino location managed to reach some KRW90.45 billion (US$71.1 million). This amount marks a reported 30.3-percent plunge when compared to the amount generated over the first quarter of 2017, which is the time period used for comparison. The three months which ended on 31st March also witnessed a slight decline in the revenue amassed through sales according to the information listed in the issued report covering this period. Marking a 7.5-percent drop this segment of the report showed that the sales revenue reached some KRW378.41 billion.

Performance of the Gambling Location in Q1 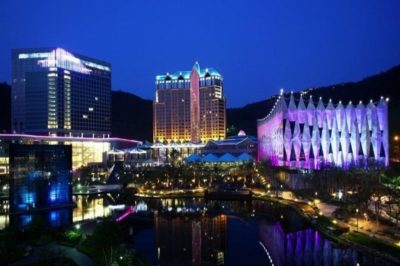 This drop came as a result from the plunge of the gaming revenue for Q1 which also fell some 7.2 percent. The first three months brought only some KRW378.4 billion when it comes to gaming revenue, continuing the pattern of insufficient performance at the beginning of this year.

When it comes to the operating income of the casino venue which provides the locals with a way to participate in gambling activities, Kangwon Land generated as much as KRW126.0 billion for the first quarter. This feat marks a 22.4-percent drop for the casino developer. According to the changes applied recently, the gambling floor now works on a new schedule starting 1st April. In the new timetable of the venue, it is stated that it is going to close for business at 4 a.m. as opposed to its current closing time at 6 a.m.

The new regulation came from the Ministry of Culture, Sports, and Tourism towards the end of 2017 and according to the new order, the access to the venue will be reduced to 18 hours per day. Another measure was the reducing of the gaming tables number to 160, as according to the government this is going to be an effective problem gambling battling move.