Rens Feenstra Makes it to the Throne at the WPT Amsterdam €3,300 Main Event All eyes in the world of poker were set on the poker tournament which has been in progress in Amsterdam for the last several days. The WPT Amsterdam Season 2017-2018 Main Event was able to attract many players from all four corners of the world and this is how the Final Table welcomed some of the most accomplished poker players in the culminating event. The big winner was no other than Rens Feenstra who was also the chip leader at the end of Day 3.

The Netherlands is a country which often becomes the arena of heated poker festivals and riveting tournaments which have the objective the showcase the best in their participants and put their skills to the test. Such was the case with the Main Event which took place at the Holland Casino and managed to attract many enthusiasts ready to win. Feenstra succeeded in showing that he is ready for the big win and throughout the poker tournament he played with determination for the throne.

The tournament itself could be defined as a roller coaster of poker hands and performance of the players as there were many moments which had the potential to make or break the chip count of any of the six players surviving. Well-known names such as Ema Zajmovic could also be seen on the unofficial leader board and she had the real chance to make it all the way to the top. This was not going to be her first big win at such a prestigious poker tournament, as she claimed her first about a year ago and became the champion at the WPT Main Event on Canadian soil. This brought her some $183,788 coming with the throne. 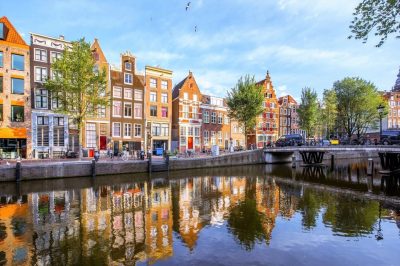 This time, however, she made it only to the runner-up position and he could not manage to outplay the winner Feenstra. The lead was changing on every pot between them and this came as no surprise to anyone since both of them are skillful and accomplished players on the felt. Zajmovic was bested by the winner and this brought her the consolation prize of €100,260 at the end of the Final Table.

Following his big win at this Main Event, Feenstra has total live earnings amounting to some $1,138,104 which were boosted by the first-place prize of €156,370. However, his best live cash remained undefeated, since he managed to lay his hands on it back in 2013 and has not bested it so far.

Back then he played at the Master Classics of Poker 2013 taking place once again in Amsterdam and climbed all the way to the top at the €1,590 No-Limit Hold’em tournament. After his performance at the Final Table this Friday he will have the chance to make his way to the WPT Tournament of Champions which is set to take place in Las Vegas.