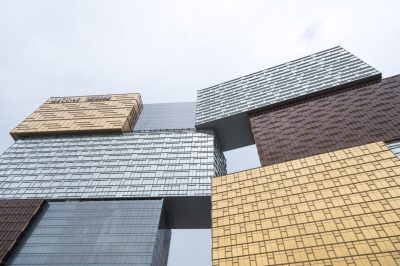 This Tuesday is expected to change the gambling field in Macau as one of the long-awaited gambling venue launches took place in the largest gambling hub in the world. MGM Resorts International announced the official launch of MGM Cotai which is the second gambling resort located in Macau which is going to be managed by the international casino operator. The project is estimated to cost as much as HKD27 billion (US$3.4 billion) to its developers and is expected to bring fresh revenue to the casino developer.

Only a couple of days before the anticipated Chinese New Year and the lavish holiday period which is associated with the celebrations around it, the new gambling resort opens its doors to welcome its first guests. The project has been discussed for quite some time now and it seems like everyone in the field has been eagerly anticipating the final result of the construction of the new location. This is the largest investment in the gaming hub up to this point for the company and the expectations for it are high.

The new location will feature a hotel with as many as 1,390 rooms, among which suites, skylofts, and mansion villas. According to the official statement of the developer, at its official opening on 13th February, the location will not be completely functional as the developers aim to provide their guest with the best accommodation experience. This is the reason why at the very beginning of its operation the hotel will have only more than 500 standard rooms available for booking.

The rest of the accommodation capacity will be available for the customers at a later date. Since the Chinese New Year brings with itself a lot of tourists in the period from 15th to 21st February, all rooms which are in operation are already booked. This is an already great performance for the location which expects a strong revenue inflow from the people participating in the festivities, as this time period is also associated with higher gambling activity among the guests.

Specifics around the Location The project will also have on offer a 2,000-seat theater, a HKD100-million art collection, new restaurants, shops, meeting space, as well as a luxury spa. The gambling venue is expected to launch the operation with 177 mass-market gambling tables, 77 of which have been relocated from MGM Macau to the new venue. According to the information listed, the location will also feature as many as 982 slot devices featuring some of the leading titles in the gaming industry.

On 1st January 2019, the location will also receive as many as 25 brand new gaming tables which will be an innovation to the field in general. For the moment a total of five junket operators will collaborate with the new venue, to the likings of Suncity Group, Guangdong Group, Tak Chun Group, David Group and Meg-Star International. The VIP gaming clubs located in MGM Cotai are scheduled to welcome their first customers sometime in the summer of 2018.