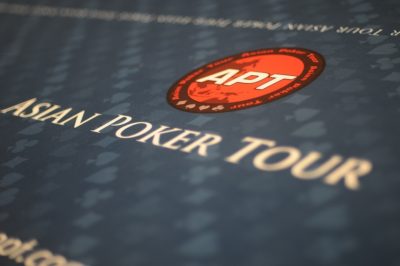 The poker world is impatiently awaiting one of the major poker festivals in Asia and this is going to be the Asian Poker Tour. The 19th January is expected to see the first poker tournament in the rich schedule of the Kickoff Vietnam poker congregation which is supposed to feature many of the well-known names in the poker field. The 2018 edition of the poker festival will take place in Ho Chi Minh City, Vietnam at the Pro Poker Club and according to the forecasts of experts, it is going to provide riveting experience to all participants.

Being one of the poker tournaments with a longer history, APT is enjoying a lot of interest in the poker world. According to the announced information regarding the poker tournaments, it is going to feature, the culminating Main Event will feature guaranteed prize pool amounting to some VND3 billion (US$132,135). This is expected to draw many of the participants in the festival which commences this Friday. As for the final day of action at the Pro Poker Club, that would be 28th January when the 6-Handed Turbo with Antes, the High Rollers Final Day, and the Deep Stack Hyper Turbo are going to end.

This year will also bring some changes to the overall organization of the APT, since the people responsible for the festival will now give more time for the players to enter a given tournament, including the Main Event. This will grant them the flexibility of participating in many events at once and having the time to switch tables and make important decisions. In addition to that, the registration and re-entry schemes will also be a subject of some improvements, which will give the players the opportunity to register and re-enter during the first level of Day 2 of a given event. These changes have the potential to make the overall experience of the players much better and memorable. The Kickoff Vietnam is scheduled to feature Main Event Warm Up and Mega Satellite events, as well as High Rollers and Monster Stack ones. The Main Event is expected to begin on 23rd January with two starting flights and it will feature a buy-in amounting to some VND15 million (US$660). After this festival is over APT will move on to the APT Philippines Championships 2018, taking place at Resorts World Manila from 21st March to 2nd April.

It could be recalled, that the end of 2017 brought a lot of action hosted by the APT. One of the last festival hosted by APT was the 2017 Asian Poker Tour Finale Championships which took place at Babylon Casino in Macau. From 29th November to 10th December all players could participate in the premium events, to the likings of Super Deep Stack Turbo and Monster Stack, as well as the Championships Macau, which commenced on 6th December.