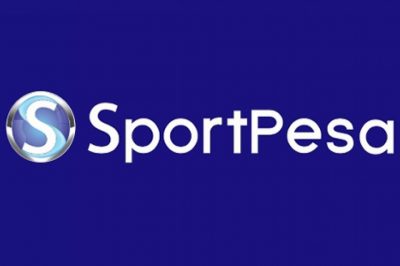 The sports betting companies in Kenya will be subjected to a recently announced increase of the taxes which is going to amount to some 35 percent. In response to that, one of the leading gaming platforms in the country, SportPesa, has decided to protest. This is going to happen by the withdrawal of all local sports sponsorship which amounts to a little more than $6 million. The pulling of the financial support is expected to impact negatively the industry and many officials have already criticized the radical move of the gaming platform.

As it could be recalled, there has been a court ruling which maintained the decision that the tax rate should be increased as this is going to prove to be beneficial for the industry’s state. The response of SportPesa was almost immediate and the platform claimed that the increase is way too high and it even goes as to put the future of the business in danger. Ronald Karauri, Chief Executive Officer of the gaming entity then proceeded to make it public that as of Tuesday all local sports financial support has been terminated.

Reactions to the Withdrawal Aden Duale is the Leader of the National Assembly Majority and he recently expressed his position on the controversial situation which Kenya’s sports industry is in at the moment. Together with Senators Irungu Kang’ata (Murang’a) and Aaron Cheruiyot (Kericho), as well as Kipkelion West MP Hillary Kosgey, he aimed the accusation that the gaming platform is, in fact, making an attempt to blackmail the government of Kenya into obeying its demands and try to make everything possible to avoid paying the generous amount of money in tax form. Mr. Kosgey stated that SportPesa makes money from the community and the higher tax is going to give it the chance to invest some of it back in the development of the country.

According to the officials, even though SportPesa makes billions in annual revenue, they still would prefer to evade paying them and instead put an end to the support they provide for many leading football teams. Mr. Duale reminded that the country is well known for its gambling tax rates which are the lowest on a world scale. In the meantime, leading countries to the likings of Germany, France, and Austria have taxes amounting to 80-90 percent. Mr. Kang’ata stated that even though it might seem like this is the case, the new rate is not of punitive nature, but it could be compared to cigarettes and alcohol taxes applied in the country.

The negative consequences of the withdrawal will hit the football sector almost immediately and it is going to result in big football teams to the likings of Gor Mahia and AFC Leopards exiting the continental championships. The former was supposed to play Leones Vegetarianos of Equatorial Guinea next month, but as for this moment, the club could afford neither the flights nor the accommodation. SportPesa is the main sponsor for the country’s Premier League and its contract was expected to end in 2019. The League comprises of as many as 18 teams which will all be affected by the unexpected exit of the gaming platform.