Among the many table games scattered around both brick-and-mortar and online casinos, the one that stands out with its polished look is the roulette. It is a very simple game of chance and does not need any skill whatsoever. The game works with the help of a wheel that has 36 slots in it, each with a number that is marked in either red or black.

Roulette wheels also have a zero pocket in green and that number has the highest payout, whereas other versions of the game feature an additional, double zero slot. These are the two basic types of roulette, namely the European and the American games. You can bet on a color, odd or even numbers, on a row or even on a specific number. The lower the odds of the ball falling on your selection, the higher the payout. When you play roulette online, you will also find French-style games with a second betting table known as a racetrack. One of the most important things when choosing a roulette variant, however, is the quality of the animation, the design and the atmosphere, so that you can get a true casino experience.

Playtech is just one of the many casino software developers that have created different versions of this classic game. The Isle of Man based company offers some of the most sophisticated online roulette variations, which are available in-browser and both in real-money and fun-play mode. Among them, there are several standard games, namely European, American, Pro and Club Roulette, as well as a number of titles that belong to Playtech’s Premium Roulette series. 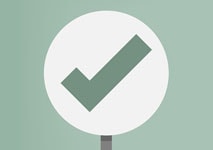 The visual quality of Playtech’s roulette variations is what strikes the player first – crystal-clear graphics, realistic casino sounds, and beautiful animations, all creating an authentic atmosphere as you are playing at an actual brick-and-mortar casino. The design is classic, intuitive and user-friendly, while different customization tools are added for your convenience. Users can change the color of the table felt, the camera angle, and in some versions of the game, even the direction in which the wheel spins. There are also various statistics such as hot and cold numbers for players who believe in winning patterns, as well as Auto and Turbo Play.

Playtech has also built its latest games in HTML5, which means that the releases are not only a feast for the eye but are also available on all platforms. The studio’s roulette versions run seamlessly on mobile phones and tablets, featuring simple navigation, personalized viewing formats, convenient layout and perfectly positioned buttons. Another important advantage when playing Playtech’s roulette variations is they come with flexible table limits, allowing both casual players and high-rollers to enjoy this realistic casino experience.

It is worth mentioning that along with the Standard and Premium series, the gaming studio has several interesting specialty roulette versions, as well as state-of-the-art live dealer roulette games. 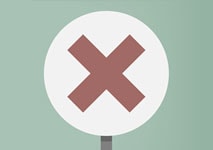 Every software developer has its strengths and weaknesses, but there are not many disadvantages when it comes to the roulette games by Playtech. As explained above, these are among the best virtual and live dealer roulette variations available right now. One of the very few drawbacks is the fact that not all versions of the game can be played on mobile devices. While Playtech’s software is, indeed, mobile-friendly, some of the older releases are not available for smartphones and tablets.

Another thing casino players should take into consideration is the withdrawal limits on jackpot wins. Whereas most of the large, respectable casino sites remove withdrawal limits when players win a progressive jackpot, there are still gambling operators that cap withdrawals to €10,000, for instance. This means that it may take you years to receive your winnings after winning a large jackpot. This is true for various casinos, including sites working with Playtech.

And it applies not only to slots with progressive jackpots but also to table games, including Playtech’s roulette variation with a progressive jackpot. This is the popular Age of the Gods Roulette, which blends the conventional roulette game with the progressive Age of the Gods Jackpot. Players here have the opportunity to win one of four progressive jackpots, the biggest of which is the Ultimate Power Jackpot. It seeds at €100,000 and often reaches half a million. Before opening the game, however, players should review the Terms and Conditions page of the casino they play at and check its policy towards withdrawal limits.

It is also important to check whether Playtech’s software is available in your country before you register at an online casino to play roulette. For example, players based in the United States and Israel are not permitted to use the studio’s software and play its games for real money. 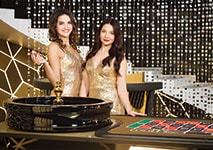 There are more than 15 roulette variations created by Playtech and they all run seamlessly in-browser without the need to download any software on your computer. The games load almost instantly and the player is presented with a classic roulette layout – the betting area is the center of the screen, while the wheel occupies the top left corner of the screen. Some of the games feature a large 3D wheel positioned on top of the betting area. You will find all the classic buttons such as Spin, Double, Rebet and Clear Bets, and there are plenty of in-game features, including Fast Play and Auto Play. In addition, a history of the last eight winning numbers is displayed, as well as other interesting stats.

The table limits are flexible and dependent on the player’s VIP status at the casino. Generally, the minimum bet per spin is €0.50, while the maximum bet reaches €3,000 but the typical configuration can also be adjusted by some casinos. There are also two notable exceptions, namely the 3D Roulette Premium where bets are from €0.20 to €1,000 and the Live Roulette where the minimum wager is €1.00 and the maximum can be up to €250,000.

As one of the best developers of Flash casino games today, Playtech has several visually stunning roulette variations, which stand out from most releases with their high-quality graphics, sounds and gameplay. The studio has also created some quite profitable versions that offer a low house edge in comparison with the traditional game of roulette. 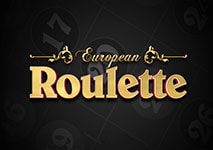 This is a classic-style European roulette game with a single-zero wheel, sleek design and user-friendly layout that would allow even beginner players to explore every single feature in it. And there are quite a few interesting features such as the racetrack where you can place French-style bets including Orphelins, Tier, and Voisins du Zero. Players can also place all the standard bets, as well as side bets such as numbers ending in any chosen number, for instance, 5 (5, 15, 25, 35).

You can choose from red, green or blue for the color of the felt. There are stats, history, and different sound and gameplay options. But the game is popular among casino players for one of its other features, namely the reduced house edge of only 2.70%. 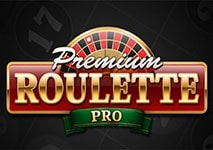 This version of roulette has a similar look but comes with some additional features such as the Autoplay button. This is a European-style roulette, which means it has a single-zero wheel. It features racetrack bets and a More Bets dialog where you can place a Straight up bet or All Possible Splits/ Streets/ Corner bets and All Possible Line bets.

Similarly to Playtech’s European Roulette, this game allows players to change the color of the felt, to reverse the spin direction of the wheel, and to opt for a standard or a split screen view. Once again, the house edge is 2.70%. In other words, the theoretical Return to Player (RTP) is 97.30%.

Age of the Gods Roulette 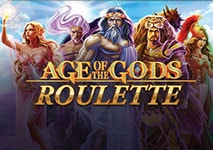 The Ancient Greek-themed roulette is part of Playtech’s incredibly popular Age of the Gods slot series and here, players have the opportunity to spin the wheel of Mount Olympus and win a huge progressive jackpot. Along with the 37 numbered pockets on the wheel, there is an additional pocket that increases the house edge so that the RTP ranges from 94.74% to 95.73%. This is the purple Age of the Gods Bonus slot and a winning bet on it pays from 4:1 to 299:1.

Players have access to all standard bets, final bets and racetrack bets. They can also enter the Age of the Gods Bonus round after placing a winning bet on the purple position. They can also activate the Age of the Gods Jackpot game and win one of the four progressive jackpots. It is triggered randomly after any main game spin, even if it does not result in a win. In addition, the chances for triggering the jackpot game increase proportionally with the size of the bet. 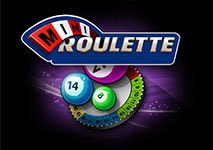 This is a really unique twist on the classic game of roulette that features a mini wheel with only 13 numbered pockets (from 0 to 13) and a much simplified design. Players can place only standard bets (straight, splits, corners, red/black and even/odd, columns and half dozens) and are not offered French-style bets or any final bets. Payouts are adjusted to the fewer slots on the wheel and winning bets on individual numbers, for instance, pay 11:1 instead of 35:1.

Despite the simpler gameplay and design, Mini Roulette is a fun game, perfect for those who play roulette for the first time. It is widely advertised as having better odds, but players should know that, in fact, its RTP percentage is lower than what is offered by the other Playtech’s versions of roulette. The theoretical return is 96.15%.

With its realistic three-dimensional effects, Playtech’s 3D Roulette is certainly one of the most visually appealing virtual roulette games ever created. It displays a large roulette wheel in the center of the screen, while the layout is positioned above it, with the racetrack on the left and the main buttons and chips on the right. Once again, this is a European-style game and there is only one zero pocket on the wheel.

This variation of roulette has several user interface options players can choose to display or not – the turret arms, the center lines, the turret details, the shading of the numbers and a fast chip removal feature. The popularity of the game can also be contributed to the high RTP of 97.30%.