Waukegan city officials have been preparing to announce the list of frontrunners among developers who have been willing to get permission to establish a gambling venue in the city and have filed their proposals. They have revealed the names of all six gambling operators who have tendered their bids to develop a new casino in Waukegan and are set to announce the short-listed candidates in the coming week ahead of the October deadline.

According to media reports, two of the six casino developers, which had filed their responses to the city’s request for project proposals earlier in August, are associated with a video gambling company which has been one of the major contributors to the 2019 municipal elections – Tap Room Gaming. The company is currently owned by the former state Senator Michael Bond. Last year, it reported revenues amounting to $24 million and is to date the seventh-biggest video gambling operator in the state of Illinois.

Analysts from the News-Sun have revealed that the main part of the money percent contributed to candidates for aldermen in Waukegan for more than nine months have been contributed by organizations associated with Tap Room Gaming.

Reportedly, former State Senator Bond has been taken advantage of his links with Illinois Democrats to try to persuade state lawmakers to implement an additional clause in local gambling legislation, under which the owners of Tap Room would be guaranteed to be granted the control of the new casino in Waukegan. These attempts of Bond, however, failed. 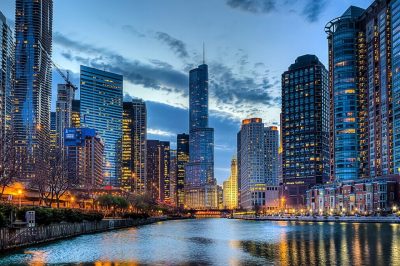 The beginning of last week saw the City Council give its approval to a $45,000 contract with consultant C.H. Johnson to give his evaluation of the casino proposals after reviewing the business models, financials and revenue projections of each group that have applied for becoming the new Waukegan casino developer.

Five of these six development groups had previously revealed their proposals through press releases or lawsuits. In addition, all companies which have revealed their planned location for the new Waukegan casino have preferred the city-owned Fountain Square parcel which was one intended to be used to host a casino but, eventually, this has never happened.

The new casino in Waukegan comes as part of the massive gambling expansion which was allowed in the state of Illinois after Governor J.B. Pritzker signed it into law. The latest piece of gambling legislation has allowed for six new casino venues to be established at six different locations across the state – Chicago, Rockford, Waukegan, Danville, Cook County and Williamson County.