The state of New Jersey is considered one of the more progressive states when it comes to gambling regulations and allowing its residents to explore the wide variety of gambling options. Along with online betting, the state also permits sports betting, which is also forbidden in most US states, but could soon be legalized with a ruling of the US Supreme Court. This freedom allows the citizens to make their own choices when it comes to gambling and if they happen to chose to participate in such activities, the state is going to benefit as well.

Thanks to this move which has made online and sports betting legal for the residents of the state, New Jersey is known across the states as a liberal gambling place. There is also Atlantic City, which is the second-largest gambling hub in the United States after Las Vegas, which provides gambling enthusiasts on the East coast with a wide range of casino offerings. Online gambling was legalized five years ago and for this time the casino operators which have their gambling platforms on offer have gained nothing but success.

The year of 2017 was just the next successful year in the thread of years with high online gambling revenue. As much as $250 million in revenue was amassed, as well as $40 million in taxes. In comparison to the year 2016, this was a 30-percent jump marking an excellent performance for the field. Poker online gambling is not that popular and ever since the launch of online gambling and so far it has never exceeded the $4 million mark over the span of a single month. Since its launch, the poker revenue has managed to generate as much as $104,364,092.

In the meantime, casino revenue is reaching higher rates of revenue with each passing year and at the moment, the total casino revenue for the last 5 years amounts to $615,577,466. It has been recently announced that the two new land-based facilities which are expected to be launched this summer in Atlantic City are considering developing online gambling platforms as well, as a way to introduce more revenue from the very beginning of operation. Hard Rock International purchased the shuttered casino location Trump Taj Mahal last ear with the intention to completely refurbish the place and give it a more contemporary vibe. This summer is expected to see the official launch of the new casino resort which will follow the well-established atmosphere of all Hard Rock venues around the world. The beginning of February saw the announcement that the international casino operator will partner with Gaming Innovation Group Inc. in order to give green light to the online casino.

The iGaming department of the gambling operator will receive a digital consumer portal which will facilitate the development of the online-based casino location. This front-end is expected to provide the users with the best experience and attract more of them. The iGaming provider will also ensure that Hard Rock International receives a trustworthy back-end platform which will oversee the operations of the casino. By partnering with such proficient company Hard Rock is striving to provide its customers with the superb gaming experience.

Up to this point, Gaming Innovation Group has not explored the opportunities which the US gambling market has to offer as it has been focusing more on the European iGaming region ever since its launch in 2012. Its headquarters are in Malta, and it has several locations across the continent. This year the company will have the chance to make its first steps in the new market and to support an international brand with such well-known name.

The application for online gambling services license has already been filed in and if it receives the approval of the New Jersey Division of Gaming Enforcement, the platform will be fully operational starting this summer. This move will equal one more source of revenue for the gaming operator in an ever progressing gambling market such as New Jersey, which offers online gaming for its residents. At the very beginning of this year, it was announced that the shuttered Revel Casino in Atlantic City will also see its complete renovation and official opening this summer. The venue located in the East Side gambling hub Atlantic City, New Jersey has been officially purchased by its new owner Bruce Deifik. The Colorado developer placed his signature on the deal amounting to some $200 million and it seems like the future holds exciting opportunities for the failed casino location.

The management of the new venue is also considering creating its own online platform which will give more people the access to gaming offerings and provide additional revenue for the operator. Joining forces with casino software giant GAN, the two entities will work on the new platform which will make possible the new real-money gambling product. The new site will join the 23 other online gambling websites currently operating in New Jersey in the first half of this year.

There is also the possibility that the online project is finalized before the actual launch of the land-based gambling venue. GAN is not a new player on the New Jersey online field as it has helped power numerous online gaming projects in the past five years and beyond that. It has partnered with Betfair on its online casino. According to some experts in the field, GAN will not provide Ocean Resort Casino with poker software for its new platform, so the operator will most probably have only online slots and electronic table games on offer.

There have been some concerns regarding the outcome of this partnership and how it will affect the existing operation of Betfair. Since the new platform will share some similarities with its predecessor, Betfair’s online platform might have to bid farewell to its reputation as a provider of unique gaming content in New Jersey. However, a confirmed feature of the new Ocean Resort Casino online casino will be the potential to offer sports betting.

This is a measure which will prepare the site for the eventual legalization of sports betting across the US which might take place this summer. The state is currently awaiting a decision in its Supreme Court case seeking to overturn a federal ban on sports betting. GAN will jump right into the market if New Jersey wins. Following the extensive preparation of all entities, all that is left to do is wait for the official ruling of the authorities. 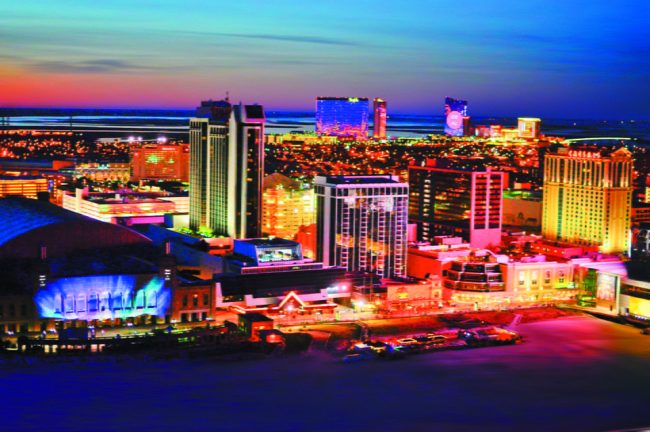 Every casino operator wants a fair share of the pie and this is not a surprise to anyone immersed in the field. At the same time, there are many people who express their concerns that over-saturation of the market might backfire and turn the situation around. There has been a steady growth of the market in the last five years, but there are some signs that towards the last months of 2017 this growth has slowed down a notch.

There is a possibility that the new online ventures of Hard Rock and Ocean Resort Casino might attract some of the customers, and respectively revenue, of the already existing entities, but it could also add many new enthusiasts to the player pool, as Hard Rock is a well-known and trusted brand on a global scale. Only the future can tell how the situation might develop when it comes to the online market in New Jersey. The state of New Jersey is worldwide-known for its status of a gambling hub and a location which is constantly on the lookout for new offerings and improvements to the gambling industry. Five years ago the authorities of the state came to the conclusion that casino enthusiasts deserve more when it comes to their gambling experience and the state should make online gambling legal between the borders of the state.

This move led to a significant boost in the overall gambling revenue in the state in the last 5 years and proved that the decision has been the right one. For the time being, all entities operating in the sector are performing brilliantly and scoring high rates of revenue. This is one of the main reasons why the development of the situation will be interesting to follow this summer when the two launches are set to take place.