The state of New Jersey is worldwide-known for its status of a gambling hub and a location which is constantly on the lookout for new offerings and improvements to the gambling industry. Five years ago the authorities of the state came to the conclusion that casino enthusiasts deserve more when it comes to their gambling experience and the state should make online gambling legal between the borders of the state. This move led to a significant boost in the overall gambling revenue in the state in the last 5 years and proved that the decision has been the right one.

According to the data issued by New Jersey Division of Gaming Enforcement, the online gambling venues which operate under a license issued by the state gambling regulator, for the most part, have their gambling revenue from casino activities. Poker online gambling is not that popular and ever since the launch of online gambling and so far it has never exceeded the $4 million mark over the span of a single month. Since its launch, the poker revenue has managed to generate as much as $104,364,092.

In the meantime, casino revenue is reaching higher rates of revenue with each passing year and at the moment, the total casino revenue for the last 5 years amounts to $615,577,466. However, in order to fully grasp the magnitude of online gambling and understand its significance to the very core, we have to dig deep and explore each of the gambling operators which are currently operating in the state of New Jersey.

The Borgata online poker room in New Jersey operates via a partnership with bwin.party and together with partypoker, they share a player pool which features unique offering for each entity. When it comes to the overall poker revenue which the two gambling entities had amassed since their launch in 2013, it amounts to a total of $46,989,338. In the meantime, the casino revenue ranks as one of the highest among the existing operators, as it reaches the impressive $142,274,074. When the two sectors are summed up this equates to the largest total gaming win among all online gambling casinos in New Jersey – $189,263,412. The month of December 2017 witnessed one of the largest online gambling revenues, putting the final touches to a year, which marked a 30-percent jump in revenue, compared to 2016. The total gaming win for the final month of the year estimates to some $4,306,238. The Golden Nugget has on offer casino games which are supplemented by the offerings of Betfair Casino which is the joint venture of Betfair and the Golden Nugget Atlantic City. Ever since the New Jersey-based online poker room closed in December 2014 it has only casino revenue. It is worth mentioning that the overall poker revenue amounts to $140, however, the casino revenue is the largest among all operating online casinos, totaling up to $160,445,554. Only for the month of December, which is usually one of the most profitable ones, the online gambling entity amassed a total of $6,086,534, placing the Golden Nugget at the first place when it comes to total gaming revenue in December.

Caesars Interactive Entertainment is the mastermind behind this trio which also shows great results in the online gambling field. Harrah’s Casino is the iGaming casino which operates under the supervision of Caesars while utilizing the gaming proprietary software of 888. Since its launch, the entity has managed to amass as much as $149,526,592 total gaming revenue and this places it at the third position in the all-time rank list in New Jersey’s online gambling sector. Upon a closer inspection, we can see that the poker revenue is estimated to $40,810,602, whereas the revenue from casino activities equals $108,715,990. As for the month of December, the total gaming revenue reached $3,800,670, marking a generous holiday season. The two online gambling operators are also focusing on casino gaming solely which grants them the fourth position on the overall gambling revenue chart in New Jersey’s online sector. TropicanaCasino.com is under the supervision of Tropicana Casino & Resort and the UK-based online gaming operator Gamesys. The total gaming revenue comes to $135,679,326, scoring a sustainable revenue rate which managed to compete well with some of the largest gambling operators. In the last month of 2017 players succeeded in losing as much as $3,363,200 while participating in online gambling activities on their platforms. 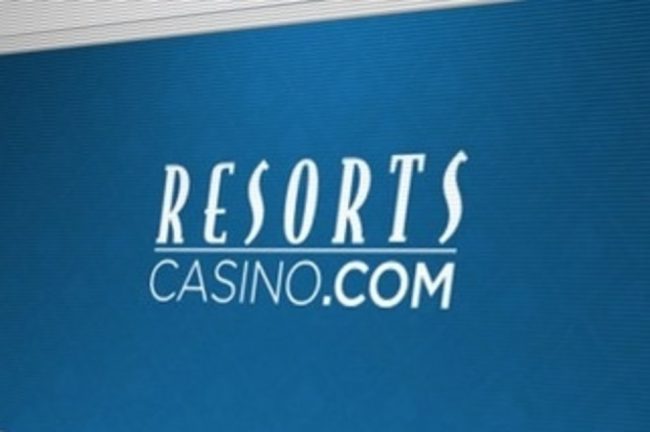 According to the data issued by the gambling regulator of New Jersey, this is the online gambling operator which ranks lowest on the overall revenue chart. Ever since its launch, it has collected some $91,273,724 placing it at the fifth position on the rank list. Of them, as much as $18,501,073 came from poker activities, whereas $72,772,651 were collected with the help of the wide variety of online casino offerings. The month of December, however, proved to be slower for the gambling operator, as it amassed only $3,201,003 over the span of the holidays month. In comparison to the total gaming revenue for November 2017 measuring up to $3,527,764, it draws the line lower. Online gambling has been a topic of wide discussion in the United States, as the potential date when it could be legalized on a federal level approaches. Amid the fervent debates pro and against the gambling practice, the state of New Jersey continues developing its online gambling field and the prospects are brighter than ever. It was confirmed that for the year 2017 the state has generated approximately $250 million in revenue from online gambling, as well as some $40 million in tax. This marks an impressive 30-percent jump in comparison to the figures reached in 2016. The forecasts for 2018 are for even larger total gaming revenues, as more and more people are interested in the field.