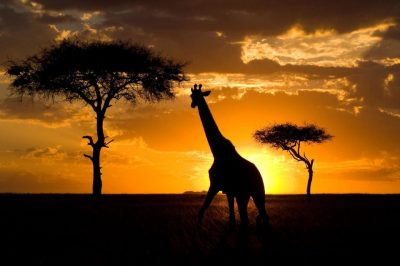 Kenya might lose more than it could win after the introduction of a tax increase amounting to 35 percent which is threatening to affect negatively the whole gambling industry. Recently it became clear that the Pambazuka National Lottery has proceeded to suspend its operation across the state. In the announcement, it was specified that the reason for the halt is the high rates of the tax on all ticket sales which makes it impossible for the business to continue operation in the foreseeable future. The company is expecting the decision of the authorities as well as potential changes of the framework.

The recent news about the negative impact of the new taxes by the government quickly flooded the industry and many entities expressed their feelings towards the changes. All sport betting companies which operate in Kenya at the moment are affected by the new rates of the taxes and the most recent example of a company which has opted for responding negatively was the betting platform SportPesa. Last week brought the news that the gaming company has decided to protest and withdraw all local sports sponsorships. The total amount of the support provided amounts to more than $6 million and this is a considerable sum for the field.

As a result, many football teams will be left without the reliable sponsor and their schedule for the rest of the year is seriously threatened, because of the high cost of accommodation and travel. There has been a court ruling which maintained the decision that the tax rate should be increased as this is going to prove to be beneficial for the industry’s state. In response to this, Pambazuka National Lottery claimed that continuing operation is impossible at this moment and, unfortunately, this results in a closure. The new tax is applied to all ticket sales and this results in a rise of the total cost of operation amounting to 115 percent.

Kenya’s First Place Globally When it Comes to Gambling Taxes It was noted that all prize claims are going to be paid out to the lucky players directly or from offices of the company in the first week of April. The company stated that the government should do something and prevent any further damage to the industry which prior to the introduction of the tax had been marking a significant surge in its development. When it comes to taxes on a global scale, at the moment Kenya has the first-place prize for the highest rate globally when it comes to this industry. It is also important to take into account that the companies operating in the field also have to pay other taxes, among which a corporate tax, making their survival even tougher.

The change came after President Uhuru Kenyatta gave the nod to Finance Bill 2017 which raised the previous taxes. Up until that point lotteries were taxed at five percent, bookmakers – at 7.5 percent, casino gambling at 12 percent, while all raffles had a 15-percent tax. Only time can tell how the saga is going to develop further in time.