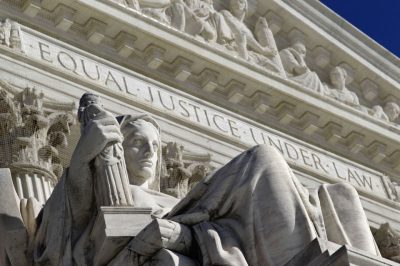 The US Supreme Court is soon to discuss whether or not it will interfere in a major restitution dispute between the country’s four professional leagues, the National College Athletic Association (NCAA), and the New Jersey Thoroughbred Horsemen’s Association. Last week, the NCAA, MLB, NBA, NFL, and NHL wrote to a judge, complaining their settlement negotiations with the New Jersey horsemen have come to a dead end. The Supreme Court has scheduled the discussions for May 15.

Said negotiations were over a dispute between the parties involved about whether or not the leagues must reimburse the horse racing association. The latter insists the leagues owe it millions for not being able to offer sports wagers at the Monmouth Park Racetrack over a period of four years.

It all started in 2014 when New Jersey lawmakers introduced a new piece of sports betting legislation that prompted the professional and college leagues to obtain an injunction that prohibited the Garden State from accepting bets. The leagues eventually got the injunction and arranged a $3.4 million bond.

After the US Supreme Court overturned PASPA (also known as the Bradley Act) in May 2018, the horse racing association filed a lawsuit against the leagues and eventually got a favorable ruling from a federal appellate court.

The New Jersey Thoroughbred Horsemen’s Association also insisted on reimbursement for the economic damages it suffered due to its inability to offer sports wagering, counting from the expiration of the restraining order in the fall of 2014 until the overturning of PASPA. Said economic damages are estimated at the hefty amount of $150 million.

The Leagues Argue PASPA Has Invalidated the Lower Court’s Order 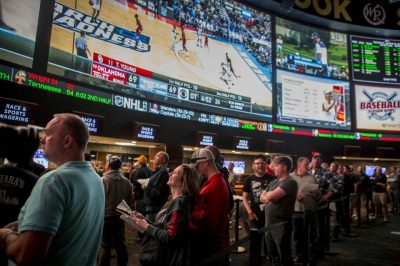 However, the leagues now insist that the Supreme Court should hear their arguments on whether they must indeed comply with the horse racing association’s demands. In March 2020, they went on to request a US Supreme Court review of the December ruling of the lower court.

According to the leagues, the 2014 injunction decision was correct since it was bound by a precedent. However, this is no longer the case due to the 2018 overturning of PASPA. The Thoroughbred Horsemen’s Association then struck back by detailing how exactly they arrived at the demanded $150 million figure.

The Association cited predictions by Chris Grove from the research and consulting company Eilers & Krejcik, according to which the horsemen would have generated revenue of roughly $10.2 million during the one-month period when the restraining order was in force.

In Mr. Grove’s estimates, the Monmouth Park Racetrack would have generated approximately $139.7 million in sports wagering revenue for the period between November 2014 and May 2018. The horse racing association argues an interference on behalf of the Supreme Court is unnecessary at this stage.

The Supreme Court will consider the leagues’ arguments but only if all nine Justices arrive at an agreement. If not, the case will be reverted to the federal district court to determine the exact amount the Thoroughbred Horsemen’s Association should be awarded.