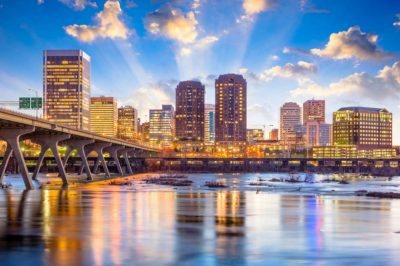 The Pamunkey Tribe of Virginia has revealed plans to return to the city of Richmond with a $350-million investment in a resort hotel and casino.

The Native American nation claims that Richmond has been part of the territory where its ancestors lived before the English invasion. The big announcement was made several days ago. According to the statement made by the Pamunkey Indians of Virginia, the tribe is planning to establish a gambling resort on a property that has once been considered to host a modern city jail.

Currently, the Pamunkey Tribe is the only Native American nation that has the right to develop casino venues in the state. The tribe has also revealed there is an option for it to acquire the property made up of three parcels. In addition, there is a separate option for the tribe to buy a 13-acre property that was once the site of a King’s Department Store.

According to plans that have been shared by the Pamunkey Indians, the tribe intends to initially use the property where the old department store once was. However, at a later stage, the space could be used for other activities, such as a health care operation or a community grocery store. Apart from that, the plans for the casino venue establishment are not final. In order for a development process to start, state legislation under which casinos are allowed needs to first be re-enacted. As part of the legislation, there has been a requirement for a referendum to be held in order for Richmond voters to decide the fate of casino operations within the borders of the city. 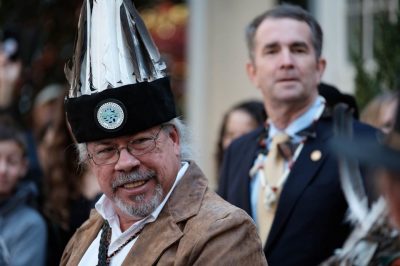 The tribe is optimistic about the prospects for acceptance of its casino project and its eventual development.

According to Chief Robert Gray, it would be a great thing if the tribe succeeds to transform a local commercial area into a high-end gaming center that would be beneficial for the city’s economy and the prosperity of its residents.

The Pamunkey Indian Tribe has revealed that the hotel and casino resort would feature a 275-room hotel tower, which upper floors would be overlooking to the Downtown and the James River. Apart from a high-quality casino and hotel, the resort would also feature a pool, a fitness center, a spa, several luxurious dining areas, a parking lot with no less than 1,000 parking spaces, etc.

According to preliminary estimates provided by the Pamunkey Tribe, its hotel and casino resort would attract about 4 million visitors on an annual basis. As explained by Jay Smith, the tribal spokesperson, the casino is considered a means for the tribe to generate a fresh revenue stream that would be invested in other projects that would be beneficial for the community.