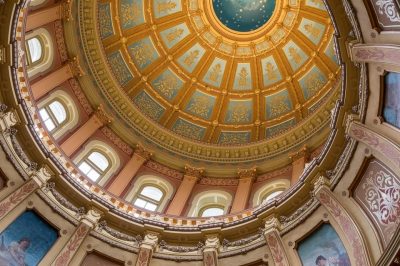 Last night, the Michigan House gave its approval to a bill aimed at relaxing the existing restrictions on the three casinos in Detroit. The decision was made with an overwhelming majority at a time when local lawmakers are trying to expand the state’s gambling sector.

Under the approved piece of legislation, more casino license holders would be exempt from obligatory background checks. The bill would also require not quarterly but annual audits of suppliers and would permit individuals with criminal convictions to apply for gambling licenses after a certain period of time. The provisions of the approved bill would also permit casino operators and their staff members to make political contributions.

The piece of legislation that is sponsored by Representative Brandt Iden has been part of a larger gaming package under which is aimed at legalizing online gambling, online daily fantasy sports (DFS), sports betting and advance-deposit wagering in horse racing in the state of Michigan. The legislative package is now set to get to the Senate for approval.

The proposed bill, called House Bill 4307, was not passed along with the larger legislative package in October 2019 because the provision that aimed to annul the ban on gambling funds used to make political contributions needed to be supported by three-quarters of the chamber. On Wednesday night, however, the bill got the required supermajority support. The legislation passed the chamber with 89 to 16 votes, with support and opposition from members of both parties.

The Casino Bill Would Have Negative Impact on Transparency and Accountability, Proponents Say

Some opponents of the bill, such as Representative Bill Sowerby, explained they were against the bill because it lacked transparency. Also, according to them, the piece of legislation would make it possible for political parties and candidates to receive funds with an unclear source of income.

Representative Sowerby highlighted the fact that affluent casino owners would be allowed to make contributions to state lawmakers and use that to lobby for their interests. What is more, casino operators would be no longer obliged to reveal whether they had any criminal convictions in the past, as well as their previous financial or tax failures. This, according to the opponents of the bill, would have a negative impact on the transparency and accountability of such companies.

The three casinos that operate on the territory of Detroit – MGM Grand, MotorCity and Greektown – have backed the bill. The proposed piece of legislation also got support from the Michigan Chamber of Commerce and Detroit officials.

The larger legislative package has faced opposition from the administration of Governor Gretchen Whitmer as it has been calling for the new gambling activities to compensate for any revenue losses that could be registered by the School Aid Fund.