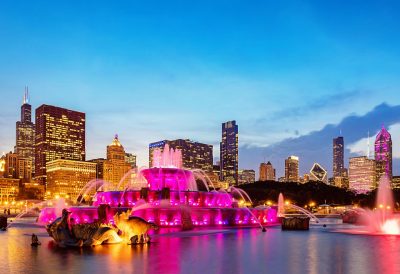 A Chicago-based development company has come up with the proposal to reintroduce horse racing and betting to the century-old Balmoral Park racetrack, located in the proximity of Will County’s Crete village.

Led by real estate developer Philip Goldberg, Team Real Estate Development has penned a purchase deal with the New York-based company HITS. The developers are still in the initial stages of their plans to introduce harness racing to the iconic track.

Balmoral hosted its last horse race four years ago before it was eventually closed down and sold due to bankruptcy. According to Goldberg, this is one of the most unique properties in the Chicago area and as such, it deserves to be restored to its former glory.

Over the last few years, the track was used for hosting show horse productions but the developers now plan to transform it into a premier venue for sports and entertainment. 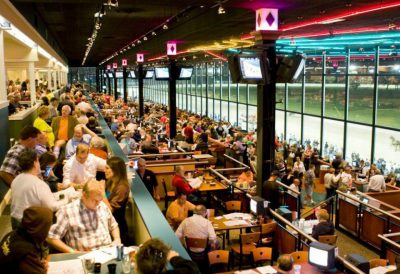 Goldberg spoke to Chicago Tribune explaining he has gained the full support of Illinois representatives Michael Einhorn and Thaddeus Jones. Representative Jones is even looking to pass legislation that would allow the track to run as a racino.

According to local media, this will be among his biggest priorities at the start of the January legislature sessions. The developers must overcome some legal hurdles before their renovation plans can come to fruition.

Illinois Governor J.B. Pritzger put his signature on a gambling expansion bill earlier this year. Under the new legislation, the three existing Illinois racetracks are granted the option to apply for and obtain casino licenses.

The main trouble for the Balmoral buyers results from the fact the bill stipulates that a harness racetrack and a casino can be opened but only if the venue is located within one of the six townships of Cook County. Meanwhile, the Balmoral Park racetrack is located in Will County.

So far the efforts to amend the bill have hit a snag. During the last days of November’s veto session, representative Jones proposed changes that would have allowed gambling in Will County, and more specifically in the village of Crete. However, the amendment failed to go through.

According to Jones, eleven of the communities surrounding the shut-down equestrian facility support the idea for a Balmoral racino. Yet, the plans of Goldberg’s development group may also face some opposition from south suburbs competing for a new casino license in Cook County.

Before selling it to the New York-based HITS, the previous owners of the historic Balmoral Park track had declared insolvency. The bankruptcy was a result of an $82-million lawsuit. The latter alleged one of Balmoral’s executives consented to bribe former Governor Rod Blagojevich into passing legislation that would force casino operators to share some of their revenue with the Prairie state’s struggling racing industry.

According to Goldberg, previous owners of the iconic racetrack have nothing to do with this new bid. The president of Crete Village, Michael Einhorn, spoke in favor of the reopening plans.

In his words, Balmoral has driven the local economy for nearly a century. The racetrack first opened in 1926 when it was known as Lincoln Fields. It has been home to many generations of local horse racing families since then.