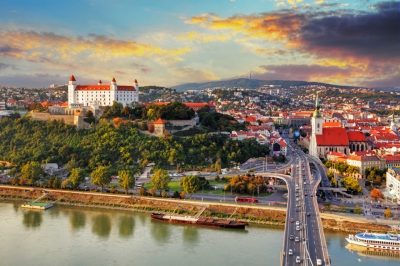 Slovakian state-run gambling operator Tipos is under tight monitoring following allegations of money laundering that have been faced by its boss.

Earlier this week, the offices of the company were raided by the police. At the time of the raid, around 30 members of the National Criminal Agency (NAKA) of Slovakia have raided the building of the state-run lottery company and detained the operator’s boss Ján Barczi. The IT chief of Tipos, Miloš Prelec, was also detained.

According to local media reports, the pair were taken to custody under allegations of money laundering that was carried out through inactive gambling accounts linked to private bank accounts. Apart from that, Slovakian media hubs have reported that there has been suspicious recruitment of an unknown assistant who was hired by Mr. Barczi and allegedly facilitated the financial transfers. A number of suspicious contracts inked by Tipos are also to be scrutinized by the competent authorities.

Reportedly, the two Tipos executives who got under arrest will face charges of violating their obligations associated with the administration of foreign property and the legalization of income from criminal activity. For the time being, neither the state-run gambling operator nor the country’s Ministry of Finance has issued statements regarding the allegations. The company has not yet revealed who is to take over the lead after the detention of the two officials.

The police have confirmed the raid of the Tipos offices on Facebook but refused to provide further details on the matter.

Alleged Money Laundering Activity Has Been Going On for a Year 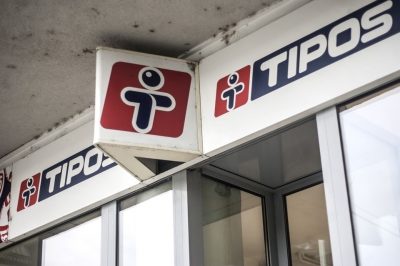 As mentioned above, Slovakia’s National Criminal Agency reportedly acted on suspicions that money was being laundered through Tipos dormant online accounts. Allegedly, some money of questionable origin was deposited into gambling accounts that have been passive for some time, and then, conveyed to private bank accounts without any actual gambling activity taking place at all.

The unlawful activity has reportedly been going on for a year before the NAKA took action on Tipos. According to Aktuality.sk, a local media, the laundered funds totaled around €500,000, but the National Criminal Agency is still investigating the matter to find out whether the arrested company officials had been aware of the illegal activity or personally profited from it. The police are checking why in the first place players were allowed to send money from their online gambling accounts with Tipos to private banking accounts without any betting at all.

In April 2018, a total of 142 player accounts were shut by Tipos over suspicions of money laundering. At that time, the state-run gambling operator revealed that the overall amount laundered through these accounts was worth €260,000. However, other sources with knowledge of the matter claimed that the actual figure was closer to €20 million. Tipos’ boss Mr. Barzi was accused by an anonymous whistleblower of obstructing the internal investigation of the activity.