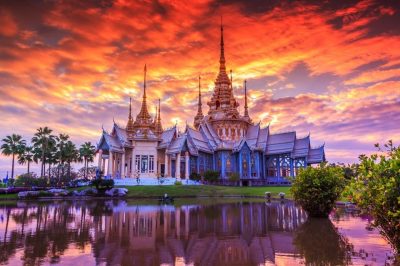 New research has found that 57% of the Thai residents gamble, and about 2.4% of the people who have so far have gambled in 2019, were individuals between 15 and 18 years of age.

The paradox here is that the gambling legislation of Thailand is still among the most stringent ones on a global scale. The Thai Government has fully banned almost all gambling operations on the territory of the country. The only exceptions from the state-wide ban has been made for horse racing and the state-run lottery. However, in spite of the strict gambling laws in the country, the gambling participation rate of local people remains on the rise, as previously reported by CasinoGamesPro.

According to a recent report compiled by the Center for Social and Business Development and Center of Gambling Studies, 57% of the Thai population gambled over the past year. The figure, which represents about 30.4 million Thailand residents, saw a rise of 1.4 million people since 2017. The research also showed that 700,000 of these people participated in a certain form of gambling for the first time this year.

What is even more concerning is the fact that there is a huge number of underage individuals who gamble. According to the data provided by the survey, 2.4% or 733,000 of the ones who participated in any gambling activity this year were aged between 15 and 18. In addition, about 46% of the gamblers are from 19 to 25 years old.

No Specific Piece of Legislation Regulates Online Gambling in Thailand

The last few years have seen rapid growth in online gambling’s popularity on a global scale. According to analysts’ expectations, the international online gambling sector is to grow to more than $60 billion by 2020, constituting a compound yearly growth of over 9%.

However, in spite of the strict regime that the Thai Government has imposed, online gambling is currently very popular among local residents. For the time being, there is no piece of legislation that is designated to regulation of online gambling, but the activity is considered to be subject to the ban unveiled on the entire sector.

Currently, all gambling operations in Thailand are regulated under the provisions of the Gambling Act of B.E.2478, which suspends local citizens from taking part in any gambling activities, including roulette, slot machines, card games, dice games and betting on animal fights. Despite the strict regulation, there have been many illegal gambling operations across the country. Apart from that, a large number of Thailand residents confess they use the services of foreign online casinos to bypass the restrictions implemented by the Government.

The Ministry of Information and Communication Technology has revealed that it has begun monitoring the growing popularity of online gambling among the country’s residents. Reports say that the Ministry is already watching local Internet activities and block the IP addresses that have been used to access any casino websites.

It is hard to say what the future holds for the online gambling sector in the country, as the activities have been rising in popularity, leaving very limited options for the Thailand Government to prevent local players from accessing overseas gambling websites. In any case, tighter restrictions do not seem to be the best option for the competent authorities, as they would have to find an efficient way to control VPN use to prevent local players from circumventing the ban.