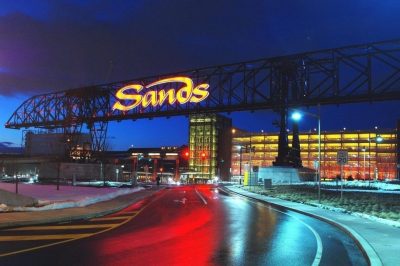 width=”300″ height=”200″ class=”aligncenter size-medium wp-image-11718″ />Following a massive $1.3-billion acquisition deal for the former Sands Casino Resort Bethlehem earlier this year, the City of Bethlehem in Pennsylvania had planned for huge tax revenue that would provide financing for various long-delayed projects. But an inaccurate tax calculation left the city with taxes at a fraction of what was initially projected.

According to previous estimates, the sale of the Sands casino, which was announced in March 2018, should have net them $5.9 million. The complex structuring of the acquisition deal, however, brought only $317,000 to city coffers. After officials became aware of the considerably smaller tax contribution, they announced a new plan designed to tackle the shortness of funds. The nearly $6 million initially expected were intended for road maintenance, purchasing new fire trucks, and other projects.

The Bethlehem City Council’s finance committee reviewed the unfortunate situation on Tuesday evening. Mayor Robert Donchez’s administration presented a new plan, according to which the city would borrow around $2.5 million from the surplus cash accumulated since 2012. The so-called “Rainy Day” fund, which is worth $15 million, is used on rare occasions to cover capital repairs and essential projects. Apart from that, approximately $1.48 million will be taken from the cash left after the consolidation of the 911 Center with Northampton County’s operations.

Not all projects will be covered, however. The plan, introduced by the administration covers nearly $4 million of the projected expenses, whereas projects worth $1.62 million will be delayed. The proposal was given the green light on first reading during the regular session and a vote is scheduled for the September 17 meeting.

City Business Administrator Eric Evans explained that the unexpected spending should not affect Bethlehem’s finances as 2019 is expected to end in a surplus. Last year, the accumulated funds in the Rainy Day fund were $15 million, which is approximately 19 percent of the city’s operating budget. After the transactions under the new plan, the cash surplus will drop to around 16 percent of the budget, Evans added. 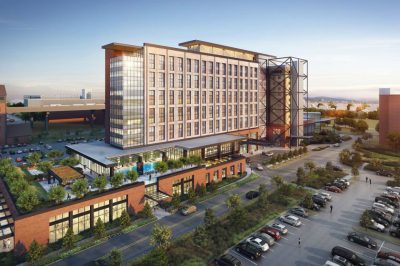 The Sands Casino in Bethlehem is undergoing a complex rebranding process that saw some of the games being shut down temporarily in the past two weeks. On August 20, the casino closed all table games, except for electronic table games, for less than 24 hours in order to replace the Sands casino chips with brand-new chips with the Wind Creek Bethlehem logo on them. On August 26, around 1,200 slot machines were switched off for a scheduled upgrade in the gaming systems. Still, around 2,000 machines were left operational.

The $1.3 billion acquisition of the casino was completed earlier this year when all assets were transferred from the Las Vegas Sands to the Poarch Band of Creek Indians. This is the only federally recognized tribe of Native Americans in Alabama and along with their latest gambling venue in Bethlehem, Pennsylvania, the tribe has several other casinos and racetracks, including three casinos on sovereign tribal land in Alabama – Wind Creek Atmore, Wind Creek Montgomery, and Wind Creek Wetumpka.

In 2017, Poarch Band of Creek Indians and their company, Wind Creek Hospitality, purchased two casinos in Aruba and Curacao. It also owns majority stakes in several greyhound racetracks and manages the Wa She Shu Casino in Gardnerville, Nevada.

The new owner of the Bethlehem Casino has quite ambitious plans. The $190-million expansion includes the construction of a 276-room hotel, the addition of 42,000 square feet of meeting space, and possibly a 300,000-square-foot adventure and water park.