The rising concern about the problem gambling rates that have been lately increasing, especially among young people in Spain, has pushed some regional governments in the country to become more proactive in order to protect their citizens. The last few years have seen spreading gambling advertising which, according to analysts, has led to the proliferation of sports betting operators in close proximity to schools, not to mention the increasing online gambling participation rates among Spanish minors.

The city of Barcelona and the autonomous community of Valencia have been the first to face the spreading problem with effective measures aimed at tackling gambling-related harm by imposing stricter regulatory measures on these services.

Reports have shown that the number of active players among Spaniards is rising every year. Only in 2018, a 5.24% increase in the number of active players to 1,465,129 has been registered in comparison to the previous year. The Spanish Finance Ministry has revealed that the 2018 gross gaming revenue (GGR) rose by almost 25.25% in comparison to the year before, reaching €699 million. The gambling advertising spending rose almost by half (48%) to €328 million.

So far, the governments of both Barcelona and Valencia have addressed the Spanish Executive to suspend gambling advertisements in public and in the media, especially in the cases when gambling operators use professional athletes and celebrities to lure young people into gambling.

The Spanish autonomous community of Andalusia was set to follow suit, but the proposed draft bill was rejected by the regional government at the beginning of October. The measure was aimed at controlling the access of minors to sports betting operators and popularizing responsible gambling across education establishments and sports centers. 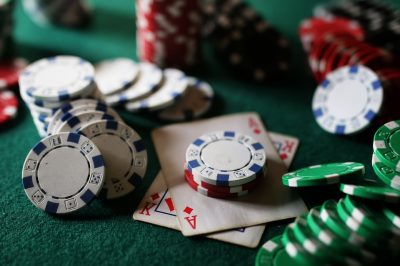 In May 2018, Francisco Fernández Marugán, the Spanish Ombudsman, addressed the Government, calling it to roll out stricter regulatory measures on gambling services. The Ombudsman called for a bull ban on gambling advertising in local media, with an exception planned to be made for the state lottery and the Spanish Organization of the Blind’s lottery.

Mr. Marugán has emphasized on the fact that increase gambling participation rates are being registered among Spanish citizens, both minors and adults. According to the Ombudsman, gambling addiction could be compared to addictions to tobacco and drugs. The Ombudsman has also asked the Government to impose stricter measures on the sector in case it decides not to adopt the total ban on all gambling advertising in the country.

The Government responded to the calls by accepting the gambling advertising ban in some slot machines. It has still not made a more serious commitment to the measures which the Ombudsman had proposed. A year ago, the Spanish Executive which is currently headed by Pedro Sánchez, the acting prime minister, agreed to regulate gambling advertising as a state issue as part of the negotiations for the 2019 General State Budget. The proposed budget, however, was not approved by the Congress which ended up with general elections. Only a few days ago, Valencia’s government gave the nod to a new draft piece of legislation that is aimed at ensuring better protection to the youngest members of society. The draft measure includes provisions such as the implementation of access controls to bookmakers in order to make sure that vulnerable people such as individuals with gambling pathologies and underage individuals would not have access to local betting shops.

The bill also projects a further increase in sanctions to gambling operators. There is also a possibility for a minimum distance requirement between schools and gambling establishments to be imposed. Parliamentary discussions on the newly-unveiled bill are set to take place in the next weeks.

As reported by CasinoGamesPro, last week, Barcelona became the first city in Spain to impose a ban on the opening of new gambling venues, including casinos, bingo halls and sports betting shops in an effort to protect its citizens’ health. According to data provided by Barcelona City Council, 0.4% of the Spanish people between 15 and 64 years of age could be classified as pathological gamblers. The number of Spaniards who gamble online has also been subject to a sharp increase over the five years from 2013 to 2018 – from 637,000 in 2013 to 1.47 million in 2018.

As revealed by Barcelona City Council, the ban on new gambling licenses in the city will be imposed for a year. It has been unveiled along with the ban on gambling advertising on the public road and the metropolitan transport of the city of Barcelona.