A bill focused on parimutuel betting legalization will not be considered by Utah legislators this year after the proposed piece of legislation was effectively killed by its own sponsor.

Senator David Hinkins, who promoted SB181 himself, put the bill down. The move of the proposed measure’s sponsor came after the piece of legislation faced opposition from the Stop Predatory Gambling Coalition and the Utah League of Cities and Towns. The Mayor of St. George, Jon Pike, who also represented the League, commented on the proposal, saying that the legalization of horse race betting could take down the last restraint which holds back other forms of gambling and prevents them from entering the state.

The same point of view is also shared by another representative of the League, Gary Crane. He also noted that the addition of parimutuel betting on horse races opens the gate to additional gambling.

Despite his decision for the bill’s withdrawal, Senator Hinkins explained that parimutuel betting was not considered in violation of the constitutional ban on gambling in Utah under a ruling of the state Supreme Court in the mid-1920s. Justices said that betting on the outcome of horse races could not be constituted as a game of chance, but depended on the animal’s performance.

For the time being, horse race betting is not legal in the state, in spite of the Utah Supreme Court’s ruling from 1927, which did not constitute so-called parimutuel betting as an activity which breached the state’s gambling ban. 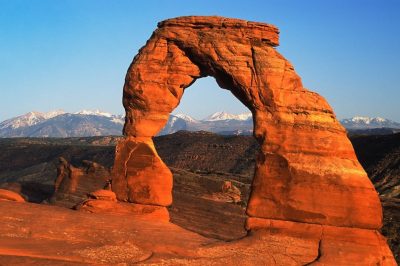 At the time he promoted SB181, Senator David Hinkins explained that the addition of parimutuel betting on horse racing would generate new revenue for rural counties across the state of Utah. According to him, it would also prevent the economic gains from being drained out of the state to neighboring states such as Wyoming and Idaho where it is officially permitted.

The proposed piece of legislation would have given the green light to parimutuel betting only in counties where voters have approved the measure. Various regulations would have been provided in order to ensure that the new betting option is offered in a safe, transparent and crime-free environment.

At the time when the measure was rolled out, the new piece of legislation was backed by the president of the Utah Horse Council, Matt Bartlett, who shared that the lack of legal parimutuel betting in Utah is making horse owners leave the state in order to operate in neighboring states and urged local legislators to regulate such gambling which in his opinion is already happening in the state.

According to proponents of SB181, the effects of the bill would be beneficial for some local ranchers, as it would give them a chance to stay operational and competitive.

The sponsor of the bill, however, decided to send the measure back to rules, and his decision was voted on unanimously.