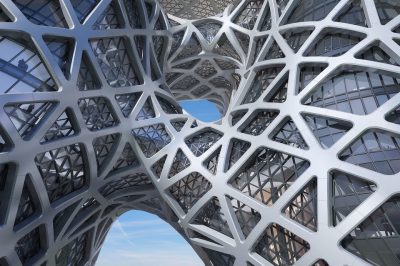 This Friday is set to bring one of the newest iconic buildings of Macau which strives to become the new symbol of the gambling hub with its innovative design. The long-anticipated opening date of Melco Resorts and Entertainment’s brand new hotel tower Morpheus is finally here and people from near and far are ready to take a good look at the futuristic location in Cotai.

Morpheus Hotel is a true piece of art which is located in the City of Dreams casino resort. With its emblematic design created by the late Zaha Hadid, this building is already standing out in the skyline of Macau. The award-winning architect is also known for creating innovative designs for the London 2012 Olympics, as well as the Guangzhou Opera House in mainland China’s Guangdong Province.

Ever since the construction of the building began tourists and everyone interested were able to witness it coming to life with each and every passing day bringing a futuristic design to the area. The new project costs $1.1 billion in total to its developer, aiming to bring architectural innovation to Asia and attract the interest of both gaming and leisure enthusiasts.

As it was previously disclosed, this new location targets the premium mass segment of tourists which appears to be one of the more lucrative ones in the long run. It comes as the third phase of the still-developing City of Dreams project meaning that the architects were ready to go above and beyond with its design. 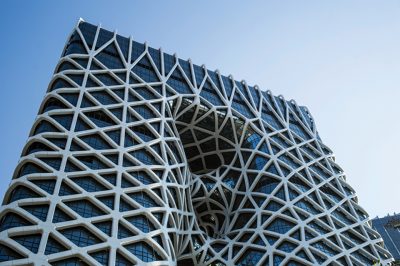 Featuring an impressive exterior exoskeleton the Morpheus reaches new heights in the construction work and introduces architectural decisions which have never been accomplished before in Macau. Over the span of the past more than a year the fifth tower of the City of Dreams has been under construction.

The location will not rely on VIP junkets, however, as the Chairman of Melco Resorts and Entertainment, Lawrence Ho recently pointed out. He stated that the new location could use the organic growth which comes with developing its own database of players and customers which is why organized junkets will not be introduced to the new 40-story hotel tower.

The Morpheus will not be witnessing any new gaming tables introduced to the market as the authorities of Macau are not expected to allocate new gaming tables until the end of 2018. Melco is set to relocate a total of 40 gaming tables from the ones the casino developer is currently utilizing, to the new location.

This is also affected by the amount of space which is dedicated to gaming offerings since in the initial plans it has been appointed that there will be only 50 gaming tables available on site. As it was confirmed, the hotel is going to bear the Japanese theme throughout the entire resort, providing an all-encompassing Japanese experience.

From the restaurant options to the overall décor and spa offerings, Morpheus is set to bear the eastern theme and attract people with fine aesthetic preferences. With a total of 770 guest rooms, suites, and villas this location is sure to bring even more enthusiasts to the City of Dreams.

The official launch of the new project is expected to generate some 30 to 40-percent increase in the overall revenue of the integrated resort. In addition to the opening of the new hotel, Melco has decided to bring a breath of fresh air to the City of Dreams with the rebranding of another location. Form now on the Countdown Hotel will be officially known as Libertine.