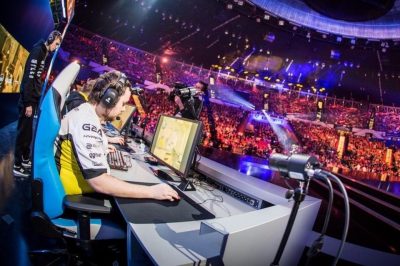 The international field of eSports comprises of some of the most renown names in the competitive video games tournament participants and the companies which make the whole gaming industry possible. One of the latest happenings was the latest acquisition of ESForce by a Russian Internet company which goes by the name of Mail.Ru. The move took place following a period of negotiations and making sure the move is beneficial for all parties involved, and as it has been confirmed the acquisition amounts to $150 million.

It is a known fact that ESForce is the parent company of some of the leading eSports organizations to the likings of professional eSports organization SK Gaming based in Germany and Virtus Pro, which is an eSports organization listed in Russia. The parent entity also oversees the operation of Epicenter, responsible for the organization of leading competitive video game tournaments, as well as a wide variety of gambling/trading web pages closely related to the eSports industry. Among them are CS:GO Lounge, Dota 2 Lounge, Yota Arena, Cybersport, and RuHub.

On the other hand, the company which has acquired ESForce is a Russian Internet entity which manages a leading email server and has subsidiaries to the likings of Russia’s most used social media web page VKontakte, OK.ru, and My.com. According to the information listed, the annual revenues for the year 2016 of Mail.Ru managed to exceed $750 million thanks to their main activities in the website hosting field. It could be recalled that in the past the entity has proved its interests in the eSports sector when Mail.Ru invested as much as $100 million in an investment fund. The supply of capital goes by the name of Mail.Ru Games Venture and according to its creators, it is going to be used for providing sufficient support of the future video game development and the progress in the development of the field. Mail.Ru has been hinting on its interest in the sector for some time, as they feature an eSports subsection on their web page, but the purchase of ESForce is their first big step in the field. At the moment the two eSports organizations have their own teams participating in several of the leading eSports titles, among which CS:GO, Dota 2, Paladins, Quake, Hearthstone, and FIFA.

As for the eSports industry, one of the latest developments which could introduce new players on the field was the announcement that Japan is working on legalizing competitive eSports tournaments in the country, as a way to secure its place on the 2024 Olympic Games. For several years now the sector is no longer focused on the video games solely, but instead, it gives enthusiasts from all four corners of the world to test their knowledge and place their bets on the potential outcome of a given battle. This provides more funds for the development of the field, as well as thrilling experience for both the spectators and the players.