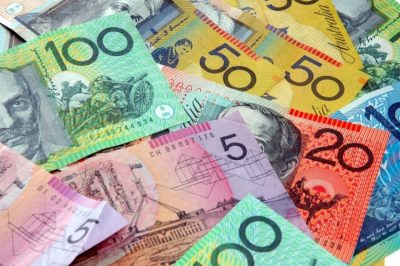 The last days of the month of December brought a lot of happenings in the gambling world in Australia and many of them have the potential to alter the landscape of the industry. Right before the long-awaited Christmas holiday, Tabcorp received the permission to acquire Tatts Group in a deal which was estimated at $11 billion. This major move was then closely followed by another big announcement which came from the casino developer Crown Resorts. It became clear that the major force in the sector has decided to sell its stake in the online bookmaker CrownBet through a deal amounting to $150 million.

Tabcorp reached the final stages of the deal which has been in the works for the previous twelve months. The merger came as a good news for everyone and especially for Chief Executive Officer David Attenborough and Chairman Paula Dwyer, who strove to finalize the merger. As for the decision of Crown Resorts to step away from the online bookmaking business, it has been part of a thought-through plan which has the objective to amass enough funds for the company to successfully develop its future projects, to the likings of the future Barangaroo Casino and Hotel located in Sydney. The stake of Crown Resorts in the bookmaker amounted to some 62 percent and major shareholder Matthew Tripp is going to be the new owner of it. These two significant events which took place only several days apart just as the world was preparing to bid farewell to 2017 give the indication that the sector has been working towards many changes. This is going to become visible at the very beginning of January 2018, when bookmakers in the industry will begin the process of gradually withdrawing the provision of credit to their customers, and this is expected to inevitably have its effect on the operation. As it could be recalled, the move should come as a result of the regulatory changes planned to happen in the industry, likely to affect the revenue growth of the entities.

Gambling advertising is another common practice in the sector which is expected to take a hit, as a prohibition is going to take place soon. This probably explains why many bookmakers are working hard with their promotional materials by the time of the official ban, in order to spread the word for their offerings to as many players as possible and enlarge their data bases while the conditions are beneficial for that. The new 15-percent point-of-consumption taxes are also rapidly approaching, and in their essence, they would mean that the state where an online wager is placed is going to be granted with some share of the players’ losses.

As it was explained by Aaron Morrison, Chief Financial Officer of the authority Racing Victoria, the new taxes could increase the cost base and anything which has the potential to negatively impact betting revenues would present a real risk. Experts state that the bigger entities in the industry have bigger chance to survive the tough period, and one of them is Tabcorp. The merge move with Tatts Group thus gives it more influence in the sector and additional territories of coverage.