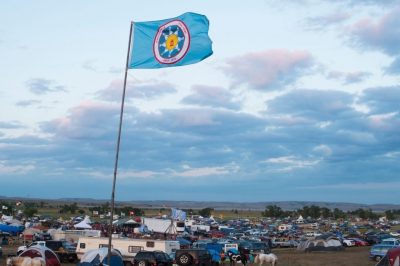 Several days ago, Governor Doug Burgum confirmed that he has signed compact agreements with Native American tribes in North Dakota. As revealed in a statement also used by Mr. Burgum to express his gratitude to tribal chairs and other official representatives for the collaboration, the Governor and tribal representatives signed off on the contracts after months of meetings and discussions.

The new 10-year compact agreements will replace the ones that are expected to expire at the end of 2022.

Under the provisions of the deals, the legal gambling age at tribal-owned casinos across the state will be lowered from 21 to 19. Apart from that, gamblers on reservations will be allowed to use debit or credit cards to place bets. Despite lowering the legal age for customers of tribal-owned casinos, new agreements will see the five tribes pay $25,000 each, with the money set to provide funding for gambling addiction programs to help people who find it hard to control their gambling habits and face the negative consequences of gambling-related harm.

The agreements between Native American tribes and the state, which are currently known as compacts, will also allow mobile sports betting services to be offered within reservation lands. However, online sports betting will not be available in the rest of the state. In November, Governor Burgum turned down a request made by five North Dakota Indian tribes that were seeking to acquire exclusive rights to host online gambling and sports betting services outside their reservations. At the time, State’s Governor said he rejected the plea because online gambling is currently illegal under the provisions of North Dakotan gambling legislation.

Originally, the five North Dakota Native American tribes were seeking to be granted exclusive rights to host online gambling and sports betting services across the entire state, with the computer servers funneling the process set to be situated on tribal land.

At the time, the five tribes asked the Governor to provide them with exclusive rights to offer state-wide online gambling and sports betting services, saying that the casinos, which are typically among the largest employers within the state’s borders and help local authorities fund their social programs, have been suffering the detrimental impact of the rising popularization of Las Vegas-style pull-tab machines. The machines were made officially legal half a decade ago as an additional revenue flow that would have been used to fund and benefit charity organizations. According to reports, residents of North Dakota spent approximately $1.75 billion on the electronic pull-tab machines in fiscal 2022.

However, the Governor refused to do so as he lacked a clear legal path to grant such a significant expansion of the state’s gambling sector. At the time, he shared that he understood and appreciated some tribal nations’ desire to extend online gambling beyond the boundaries of their reservation lands but that could not happen until gambling legislation in the state is officially altered.