Spanish Ministry of Consumer Affairs has warned that better monitoring practices are needed in the country’s online gambling sector. The warning comes at a time when, according to data provided by the Directorate General for the Regulation of Gambling (DGOJ), there has been a year-on-year increase in fines imposed on online gambling companies that hold an operating permit from the local regulatory bodies.

According to information provided by the Directorate General for the Regulation of Gambling, the 53 targeted gambling companies were hit by fines amounting to a total of €84.3 million. In comparison to 2021, which saw fines worth a total of €58 million gathered by a total of 21 sanctioned operators, this year’s figures signal there is a greater problem.

Currently, it is the Ministry of Consumer Affairs, which incorporates the DGOJ, is responsible for issuing the Spanish Government’s policies that are aimed at protecting customers’ rights while regulating, as well as issuing authorizations to, surveillance, management and sanctioning gambling services in the country. The Ministry reported that 21 gambling companies faced so-called disqualification orders during the same period due to very serious violations of Spain’s gambling laws. These companies entered a two-year period during which the competent authorities are set to revoke their operating permits, and will then be asked to shut down their gambling platforms or at least make them unavailable for Spanish users. 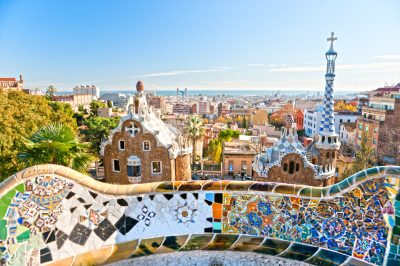 The Directorate General for the Regulation of Gambling unveiled a list of all the legislation breaches that took place so far in 2022, naming Abundantia BV, CrackerJack Entertainment, Famagousta BV, and Purple Rain NV, as the operators that faced sanctions associated with license revocation.

Furthermore, 17 other penalties were imposed on licensed companies found guilty of serious violations linked to the recently updated Gambling Regulation Law of 2021. The 17 gambling companies faced sanctions with fines ranging from €4 billion to 65 billion each. The rest of the monetary penalties issued by the Spanish gambling watchdog totalled €1 million each. Betfair Spain, Codere and 888Sport have been among the gambling companies that were imposed monetary fines by the DGOJ.

Under the provisions of the new gambling law that has already come into effect, the Ministry of Consumer Affairs is the main governmental department focused on gambling and gambling law enforcement. It is also the body that could enforce larger monetary penalties on operators who fail to stay in line with the laws. Earlier this year, Minister of Consumer Affairs Alberto Garzon officially warned operators of stricter regulation and asked them to prepare for significant reforms as part of the new laws that the Spanish Senate approved in October.

At the time, the Minister also noted that the new federal gambling reforms that would see a grace period granted to gambling companies to implement all the required changes were absolutely necessary. In October, he said he was focused on tackling problem gambling in the country in 2023 by targeting a special budget for this strategy.