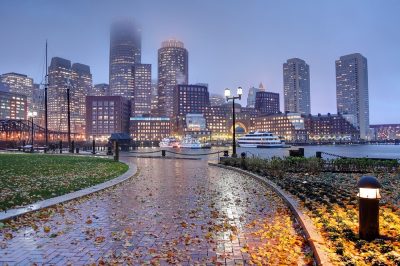 After hearing the latest recommendations from a 6-year study of gambling behavior carried out by the University of Massachusetts, yesterday, the Massachusetts Gaming Commission (MGC) pledged to closely examine gambling advertising in the state. The move also comes at a time when the authorities are making preparations for sports betting to come to the state.

The October 7th commissioners meeting was held through a video call, with a reference also made to the prevalence of sports betting advertising on television channels during network broadcasts of baseball playoffs.

During the same meeting, state regulators also revealed that MGM Springfield plans to resume the operation of its poker rooms on October 29th.

Reportedly, the Massachusetts Gambling Impact Cohort (MAGIC) study has made a recommendation for the Government to impose some restrictions on gambling advertising, especially in disadvantaged and deprived neighborhoods and areas, or to groups that may be potentially in danger of being affected by gambling-related harm.

The MGC member Gayle Cameron explained that the only time the state’s gambling regulatory body got involved in regulating advertising was it forced MGM Springfield to reconsider its plans for an animated billboard. A few years passed from that enforcement, however, as it happened before the 2018 opening of the casino venue.

The gambling watchdog’s meeting also saw other recommendations being made, including one suggesting more publicity around the voluntary self-exclusion program available to Massachusetts residents. As part of the program, local people who are concerned about their gambling have the opportunity to exclude themselves from casino services. As part of the scheme, their access to automated teller machines (ATMs) at casinos is also restricted.

Rachel Volberg, UMass Amherst Professor and principal investigator, said the study found that people tend to change their gambling behavior over time. The most stable groups are usually the non-gambler and recreational ones but people’s gambling behavior could improve or deteriorate depending on the forms of gambling they participate in.

The transition points are considered the access points where Massachusetts public health officials can affect people’s behavior. Ms. Volberg further noted that very little is still known about the impact that advertising has on gambling behavior. That is why the researchers aimed at identifying demographic groups who were considered at risk of facing gambling-related harm and at highlighting the factors that need to be taken into account to ensure effective prevention and treatment programs that would protect customers’ health.

In the course of the aforementioned study, researchers surveyed the same 3,000 residents five times over a 6-year period. The initial survey was held in 2013 and 2014, right before the state’s first slot parlor that was hosted at the Plainridge Park Casino. The following interviews were held annually, before and after the opening of MGM Springfield in August 2018 and Boston Encore in June 2019.

Ms. Volberg shared there was a decrease in the number of Massachusetts residents who traveled to other states to gamble after the two casinos started operation. Furthermore, researchers also registered an increase in problem gambling behavior before the opening of the aforementioned casinos, so they concluded that problem gamblers who had turned down their compulsive habits had relapses because of the popularization of MGM Springfield and Boston Encore.

Because of these findings, researchers concluded that advertising, media courage and general publicity of the two casino openings may be equally if not more important than the actual increase in the number of gambling options in the state of Massachusets.