The company that owns and operates the Hard Rock Casino Northern Indiana is doing its best in order to make sure that all its shareholders are in line with the new investor integrity rules of the state before the meeting of the local gambling regulatory body takes place later this week to take into consideration the matters associated with the casino’s license renewal.

Last week, Jahnae Erpenbach, the CEO of Spectacle Entertainment, addressed the Gary casino investors, asking them whether they intend to submit more thorough background and financial information that is required under the so-called emergency rules that the Indiana Gaming Commission (IGC) adopted on March 23rd. In the letter, Ms. Erpenbach said that all direct or indirect gambling operator investors, who fail to file an application to the IGC for a Level 1 occupational license by June 21st, will have their shares automatically repurchased by the company at either the original purchase price or the current market price, whichever is lower.

The CEO of the Hard Rock Casino Northern Indiana’s parent company also said that time is an important factor in this case because of the impending casino license renewal.

For the time being, casino venues are permitted to operate in the state of Indiana only if they have a valid license issued by the local gambling regulatory body. 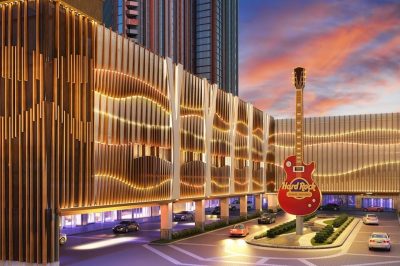 By the time this article is written, it was still unknown how many of the seven shareholders of Spectacle Entertainment challenging the emergency rule of the Indiana Gaming Commission in an Indianapolis court actually responded to the request of Ms. Erpenbach to immediately inform the company whether they aim at being in line with the rule associated with the private casino investor licensing rule.

For the time being, one shareholder in the company, Windy City H&C Investors LLC, was confirmed to have filed a letter with a judge in Marion County to extend its claims that the state’s gambling regulator and Spectacle Entertainment are trying to expel minority investors of the local gambling sector.

Paul Edgar Harold, attorney of Windy City, explained that since the case began, the company had been claiming that Spectacle is improperly and aggressively using the aforementioned emergency rule to banish the company from the Indiana gambling market at a fire-sale price. As the shareholder’s legal representative explained, the letter came to further confirm that Windy City’s investment value will be lost, and the company will be squeezed out from the Indiana gaming sector in case the court does not ban the emergency rule.

According to court records, Dave Shepherd – a local insurance agent who heads Windy City – spent $2.5 million to acquire a state of about 4% in Spectacle Entertainment in 2018. He objects to submitting his background and financial information to the state’s gambling watchdog, as he explained that completing the forms will take between 80 and 100 hours, and he also believes such actions are not necessary because he is not directly involved in gambling operations at the Hard Rock Casino Northern Indiana.

Shepherd further confirmed that he is considering Spectacle Entertainment’s $6-million offer to buy back his shares, saying that the offer was pretty low, especially at a time he expects his Spectacle investment’s value to considerably increase. Similar claims have been made by a number of other investors in the company.