The state’s gambling regulator has imposed an $18,000 fine to MGM Springfield after finding three separate “unacceptable” failures that resulted in underage persons being allowed to gamble and, on one occasion, being served alcohol.

As revealed by the Massachusetts Gaming Commission, a 17-year-old individual was allowed to spend about two hours on the gambling floor of the casino and received a complimentary alcoholic drink on December 25th, 2020. According to Loretta Lillios, the Investigations and Enforcement Bureau Director, the failure occurred after security guards at the gaming area’s entrance did not ask the teenager for an ID. The cage cashier alerted the venue’s security at the time when the underage player tried to cash out and the teenager was removed from the casino.

The second instance of underage gambling failures occurred on December 31st, 2020, when an 18-year-old managed to access MGM Springfield’s gaming floor as their ID was not checked by the security guard at the entrance. The teenager was able to gamble at 11 slot machines for about an hour and a half and was only reported to security personnel after a cocktail server asked them to present an ID.

As mentioned above, a third failure of the casino operator to comply with underage gambling protocols also occurred. On January 20th, 2021, a 20-year-old patron was permitted to enter the gambling area even after their ID was scanned at the security checkpoint and the guards revealed the ID was not a valid one. That person spent about an hour and a half on the casino’s gambling floor and played three hands of blackjack before the dealer asked them to present an ID. 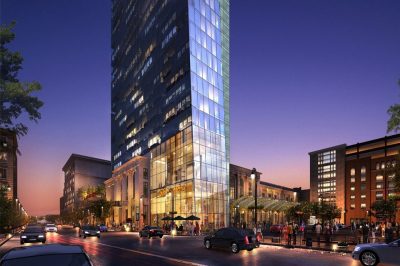 The legal age to gamble or drink alcohol in the state of Massachusetts is 21. Considering the coronavirus pandemic situation, the protocol requires the patron to lower their mask, while security staff at local casinos are required to ask everyone who appears under the age of 30 for identification.

MGM Springfield agreed to resolve the three violations by paying the $18,000 fine.

The Director of the Investigations and Enforcement Bureau also shared that the gambling operator reported the three aforementioned incidents to the Bureau “in real-time” and has already taken the occurrence of the failures to human resources discipline against the staff members. The casino has also started to enhance its ID policies. As explained by Ms. Lillios, the casino operator responded in a very responsible way to the failures, which proves that it truly understands the seriousness of the situation.

This is not the first time the casino faces regulatory action from the Massachusetts Gaming Commission because of problems with underage gamblers. In fact, it had issues with individuals under the age of 21 trying to gain access to MGM Springfield’s gaming floor soon after it started operation in 2018. The casino suffered a $100,000 fine in May 2019 after the occurrence of 22 documented cases of underage gamblers on its gaming flor was revealed.