A casino will be able to operate at the old mall of Bristol, Virginia only if the locals approve it. Residents of the town as well as local businesses have shown strong support for the casino in the recent several weeks. It is the minister at Abingdon Church of Christ, however, who is strongly against the operation of the casino.

The reason for the disapproval of Bill Haywood, who is the head of the church, is his concern about the locals. Even though the casino has the potential to solve the growing economic struggle of Bristol, Virginia, Haywood believes that it can also cause a lot of issues for the locals. In an attempt to prove its point, the church has mailed out a magazine to the residents of Bristol, Virginia. In the magazine, readers can find more information on gambling-related issues that include domestic violence, suicidal tendencies, bankruptcies, and criminal behavior. To further make a point, the magazine uses different reliable sources and studies to support the information it provides.

When asked about the idea of the casino offering potential employment to numerous residents of Bristol, Virginia, Haywood shares that he is more concerned about the families of these people. He responds with a statement that gambling addiction is often the reason for divorces and broken families, causing children long-term traumas.

The Argument of Financial Benefit from Launching the Bristol Casino While the Abingdon Church of Christ may not approve the operation of the Bristol casino, many believe that it can positively affect the economy of the city. If the project gets approved, the employment in Bristol, Virginia is expected to surge, giving residents of the city and local business a better future.

It has been reported that if the locals agree on the casino project, more flights are expected to arrive at the Tri-Cities Airport. This is great news for the air travel services, especially after the rough year of 2020.

The new flights are presumed to be a result of more passengers traveling to Bristol, Virginia from non-gaming states such as South Caroline, Georgia, and Texas. Supporters of the casino project also claim that the newly opened casino will ensure roughly about 3,500 jobs, both directly and indirectly. Meanwhile, the predictions for the annual tourist attraction is about 4 million visitors a year. 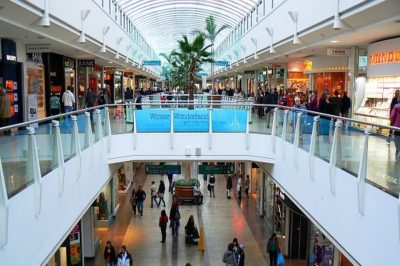 A few days ago, Hard Rock International and its partners, United Company and Par Ventures, revealed a 3D model of the casino that may start operating in the old mall based in Bristol, Virginia.

Sean Caffery, senior vice president of casino and business development in Hard Rock, stated the company’s plans if the casino project is approved after a referendum on November 3. If the Bristol casino gets the locals’ support, Hard Rock will apply for a gaming license issued by the state of Virginia. When that happens, there will be a smaller version of the casino launched in the former Belk store in the old mall. This will give the people a sample of what the big Bristol casino will offer in the future.

If the casino project is passed on after the referendum, the Bristol casino is planned to open doors in 2022 or at the beginning of 2023.