Employees at the MGM Springfield casino, who were dismissed in March after the coronavirus pandemic outbreak, were not recalled during the reopening of the venue and are now set to lose their health benefits.

In May 2020, MGM agreed to provide health benefits for all eligible employees included in the operator’s health plan, who were subject to furlough at the time when the casino ceased operation in March. The benefits were set to be received by the workers through August 31st.

According to a letter sent by the casino company to state labor officials, on the same day, MGM Springfield is also expected to officially part ways with all 1,916 casino workers who were laid-off in March and were not recalled to work. Following the coronavirus closure, MGM Springfield resumed operation in July at about one-third of its usual capacity.

The gambling company planned to pay its employees’ health care insurance until August 31st and this planned sounded great at the time when the coronavirus pandemic started, as many believed that the hit of the Covid-19 lockdown would be much easier to recover from. However, the president of Teamsters Local 404 in Springfield, Frank A. Rossi, explained that MGM has not been able to call back its casino workers as it initially planned.

The Leisure, Tourism and Hospitality Sector Suffered a Hard Blow Because of the Covid-19 Pandemic 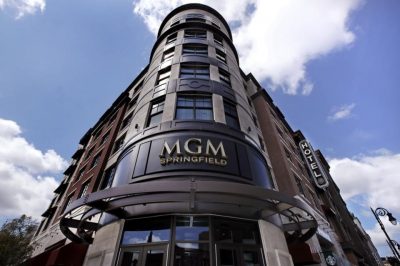 As further revealed by Mr. Rossi, MGM is still notifying or has recently notified employees about the options they have under the Consolidated Omnibus Budget Reconciliation Act (COBRA). The COBRA allows workers to continue their health coverage but they will have to pay for the expenses themselves, and the problem is that not everyone will be able to afford that.

According to the labor union’s boss, 37 of the 50 or so union members are still out and expected to see their furloughs be transformed into long-term layoffs.

At the beginning of 2020, before the coronavirus infection outbreak, 2,000 people were employed by MGM Springfield. Last month, the casino venue resumed operation with 700 workers, with plans to call more of its employees back as the business recovers from the lengthy closures. Yesterday, spokespeople for the company were unable to provide an update regarding the jobs figures.

According to earlier media reports, MGM has been preparing to dismiss a majority of its entertainment staff nation-wide. Travel and tourism sectors suffered a hard blow by the Covid-19 pandemic nationally, with thousands of people being on furlough scheme or subject to lay-offs. Last week, the state labor department reported that a total of 156,000 jobs were lost in the leisure and hospitality sector, which constitutes the biggest decline in terms of the number of jobs in any sector in the economy of the state.

Yesterday, MGM Springfield marked two years of operation, but its anniversary went very much unnoticed because of the operating restrictions that are still in place because of the coronavirus pandemic.