So far, the administration of Japanese Prime Minister Shinzo Abe has lately been forced to respond to a variety of problems and scandals associated with the expansion of the local gambling sector, but according to some analysts, they have only been making meaningless promises aimed only at avoiding further confrontation.

Prime Minister Abe and his administration have faced criticism for using such tricks at the debates during the ongoing Diet session on issues regarding the Japanese Government’s plan to establish legal casino integrated resorts in the country. However, scandalous findings of Lower House lawmaker Tsukasa Akimoto emerged, as Mr. Akimoto faced allegations of taking bribes from a Chinese gambling operator willing to operate a casino resort in Japan at the time when he was in charge of handling the integrated casino projects.

Apart from that, some serious questions regarding the process of enactment of the piece of legislation promoting integrated casino resorts in December 2016. The criticism, however, has not prevented Abe administration from proceeding with the controversial initiative.

Still, the Government responded to the recent bribery scandal and promised to establish special rules for all gambling operators who get in contact with government officials. As promised, the rules are set to be incorporated into the official guidelines for integrated casino resorts’ development and operation. 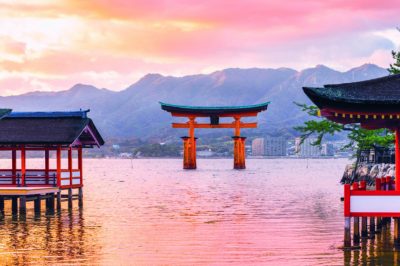 As CasinoGamesPro has already reported, the proposed integrated casino projects have not found much support from the wider public in Japan. A recent survey carried out by the Asahi Shimbun showed that less than one-quarter of the people who took part in the survey supported the Government’s plans, while more than 60% were unwilling to see further movement on the integrated casino resorts policy.

Despite the criticism, Prime Minister Abe rejected the calls for a further investigation into the contacts between gambling companies willing to establish a presence in Japan and the local governments lobbying to become home to an integrated casino resort under the newly-unveiled piece of legislation. Also, it became clear that the recent arrest and indictment of Tskukasa Akimoto, the Government has not given up on its intentions to proceed with the procedure to accept applications from local governments willing to host the controversial resorts over the first seven months of 2021.

Prime Minister Abe’s administration, however, has not agreed to provide more details and estimates regarding the expected economic benefits of the initiative to make casino gambling officially legal in the country. According to Kazuyoshi Akaba, Tourism Minister, it is not possible for the Government to make such predictions because none of the locations that are set to host the resorts have been determined so far.