The decision-making process on a Pope County casino operating license could be extended to the end of March 2020, as it became clear after a hearing that took place on January 14th.

For the time being, the decision of the Arkansas Racing Commission has been delayed due to two legal battles. As previously reported by CasinoGamesPro, it is Gulfside Casino Partnership who filed the first lawsuit claiming they were the sole gambling company that applied at the time of the first round of the application process in 2019. The second legal battle was started by a local group called Citizens for a Better Pope County that claims that the Arkansas Racing Commission had violated the existing legislation by initiating a second round of casino license application process.

During the hearing that took place yesterday, the state gambling regulator challenged the motives for the lawsuit saying that the case should be dismissed after the Commission’s decision to abandon the second round of applications on January 10th. That happened only several days after the watchdog faced a temporary restraining order imposed by Wendell Griffen, a Pulaski County Judge, which prevented the Commission from moving forward with the application consideration process at the second round of the process. 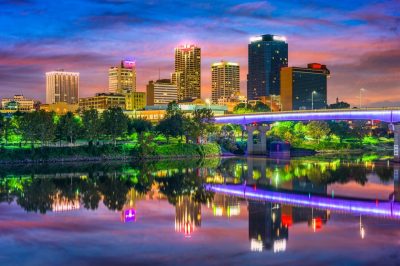 Under the ruling of Judge Griffen, the temporary restraining order was extended to 30 days in which the Commission was prevented from making a final decision. The order, however, does not prevent the watchdog from proceeding with so-called “good cause” hearings. Essentially, these hearings would allow a casino applicant to once again apply and request a hearing on the issue.

As explained by the judge who imposed the restraining order, if the lawsuit is dismissed, the commission could proceed by making a whatever decision. This could even mean that it would be able to reconsider the second round of the casino application process. This is exactly why he decided to extend the temporary restraining order and prevent it from happening.

In an interview for a local media, the Commission’s attorney, Byron Freeland, confirmed that it is yet unknown what the next move of the gambling regulator would be, considering the fact it is still waiting for a ruling in the case filed by Gulfside Casino Partnership. In any case, Mr. Freeland explained that the members of the watchdog would be willing to hear the discussion in order to make a decision on the casino application process. Another hearing in the Gulfside lawsuit is set to be held at the end of March, with all the parties involved hoping that a decision would be finally made. Until this happens, the Arkansas Racing Commission could proceed with “good cause” hearings.

A local group that has supported the Cherokee Nation Businesses, Pope County Majority, has described the delays as ridiculous. The group explained that it found the whole thing frustrating because their applicant was the only eligible one according to Amendment 100.