Oklahoma-based Indian tribes that run casino venues have rejected the offer of the state authorities for arbitration over some ongoing arguments regarding the renewal of the tribes’ gambling compacts.

The dispute over the gaming compacts still remains, even though a meeting between Mike Hunter, Oklahoma Attorney General, and the tribal leaders has been recently held. The meeting took place at the Grand Casino, owned by the Citizen Potawatomi Nation, on October 28th, with about 200 tribal leaders and their representatives being present on behalf of the 31 tribes which are legally offering gambling services in the state of Oklahoma.

According to Governor Kevin Stitt, the tribal gaming compacts, which are worth millions of dollars, would expire on January 1st, 2020. The Indian tribes, however, do not agree and claim that their compact agreements with the state are automatically renewed.

In a letter regarding the proposed arbitration to the compacts’ renewal, the tribal leaders have claimed that the arguments provided by the state against the automatic renewal of their gambling deals with Oklahoma are not backed by any piece of legislation or other facts, so the suggested arbitration was not justified for the time being. The 31 tribes offering gambling services across the state remain united in their positions that their compact agreements renew automatically and are set to continue providing their services as usual.

Governor Stitt Willing To Generate More Revenue for the State 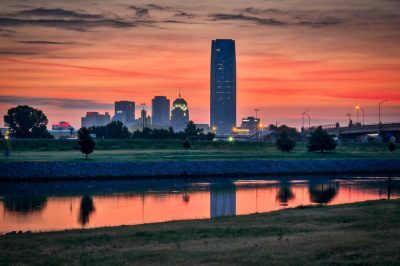 The communications director of Mr. Stitt shared that the Governor is disappointed with the rejection of the tribes to bring the compacts-related issue for arbitration in order to resolve the legal differences between the two parties. Apart from that, the tribes did not provide an alternative option to resolve the issue.

Previously, Oklahoma’s Governor Stitt has hinted that he is aimed at using the Indian Tribe’s compacts as a source of more revenue for the state. For the time being, the tribes are given the exclusive rights to provide gambling services across the state – a prerogative for which they pay a tax ranging from 4% to 10% of their profits.

According to the official report of the local Office of Management and Enterprise Services, in the previous financial year, the state of Oklahoma received total tribal gaming exclusivity fees amounting to approximately $139 million. The sum represented a 3.48% rise in comparison to the amount received by the state for the fiscal year 2017.

A proposal for possible changes to be brought in the compacts is set to be made by Governor Stitt to the tribes. The letter sent by the tribes to the Oklahoma Attorney General states that in case the state intends to revise the compact agreements, the tribes intend to insist that the competent authorities justify any proposals concerning a “meaningful state concession”.

For the time being, Hunter’s office had not made any comment on the tribes’ letter. They also refused to comment on any possible action that the state could take in case an agreement is not reached by January 1st, 2020.