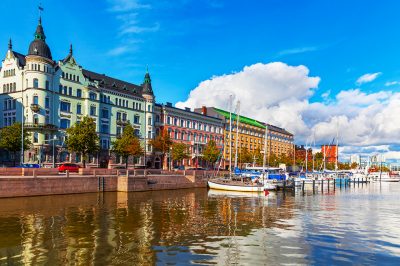 The public debate regarding the Finnish Minister of Local Government and Ownership Steering, Sirpa Paatero, and Veikkaus is still going on.

A few days ago, Ms. Paatero said that the Finnish state-owned gambling monopoly, Veikkaus, could compensate for the revenue it has lost following its decision to slash the number of supermarkets-situated electronic gambling terminals by launching new gambling options and popularizing online gambling services.

In an interview with a local news agency, Ms. Paatero asked whether there are any new games that could possibly be introduced by the company. Her remark has been found hard to explain by the chairperson of the National Coalition, Petter Orpo, according to whom the reduction of gambling-related problems was a matter of paramount priority.

The statement of Ms. Paatero has certainly caused some bewilderment and criticism. What was found strange, was the fact that a minister has proposed the removal of local slot machines not to tackle possible gambling-related harm but to see them replaced with other games. According to anti-gambling campaigners, it would be a good thing if gambling in Finland decreases but such a decline does not have to be compensated for by the addition of other forms of gambling. Some found it scandalous that the minister suggested a possible replacement of slot machines at controlled locations with other gambling services. Last week, Veikkaus, which is currently the state-owned monopolist in Finland’s gambling sector, revealed that it intends to implement certain changes to its marketing and advertising practices. Apart from that, the operator also shared its plans to reduce its existing network of slot machines, downsizing their number from 18,500 to 10,500. The move has been planned as part of Veikkaus’ new strategy to popularize corporate social responsibility.

Apart from that, the company also plans to make it obligatory for players to identify themselves through the gambling terminals available by January 2021.

According to preliminary expectations revealed by the company, the new strategy’s implementation would reduce its 2021 result by between €150 million and €200 million in comparison to its performance in the current fiscal year.

It is exactly this projection that made Minister Paatero ask whether there are any new games that the company might introduce to compensate for the expected losses. However, since the company is a state-owned one, it would be the country that would have to decide whether it is willing to make a change in the goals that have previously been unveiled by Veikkaus or not.

So far, Vekkaus has been a major contributor to non-profit organizations, with the state-owned gambling monopoly contributing to a wide range of beneficiaries. However, some have shared fears that the planned reduction of the company’s slot machines and advertising campaigns could actually diminish the contributions made by Veikkaus to good causes.