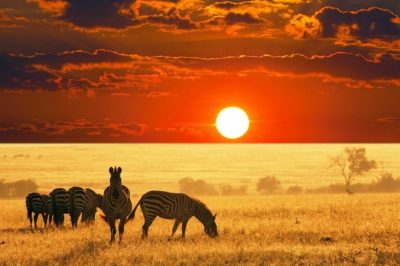 Soon, Kenyan gamblers could be required to place a minimum amount of KES500 when betting on their favorite sport in case a parliamentary committee gives approves proposals for planned changes in the country’s Gambling Bill 2019.

A series of public hearings aimed at collecting Kenyans’ views on the proposed changes to the Bill has been conducted by the National Assembly Tourism and Sports Committee. At present times, the piece of legislation is in the first reading stage at the House.

As the Committee Chairperson Victor Munyaka has shared, the majority of Kenyan residents who decided to take part in the consultation and submitted their opinions to the Committee want to see minimum sports betting stakes raised as a measure to promote responsible gambling. As CasinoGamesPro has previously reported, gambling participation and gambling addiction rates, especially among minors, have been on a rise among Kenyan residents over the past few years, causing much concern to the country’s authorities.

At a meeting with officials from the Communication Authority of Kenya and the Betting Licensing and Control Board (BLCB), Mr. Munyaka explained that the general mood among Kenyans, who have been submitting their views on the matter, is that the minimum stake for online bets should be increased. These calls have been supported by Peter Mbugi, director of BLCB, who also highlighted the seriousness of the issue, saying that the negative impact of gambling on social welfare is getting bigger. Currently, the minimum betting stake allowed by some online gambling sites amounts to KES20. An eventual increase of the stake to KES500 would be a massive change in the status quo, with the supporters of the idea hoping that it would make less Kenyan nationals stick to gambling activities.

At the aforementioned meeting, it also became clear that the local media gaming industry is also likely to face some obstacles in the future, as the country’s gambling regulatory body is willing to monitor gambling advertising. As part of the proposals, media outlets would be subject to close monitoring, especially when it comes to money awards offered to viewers or listeners in return to answering simple questions on radio or television.

Mr. Munyaka further insisted that the Government implements a gaming advertising tax of at least 35% for every gaming ad aired on radio or television channels. The current form of Kenya’s Gaming Bill 2019 requires all gambling ads to highlight the fact that gambling could lead to addictions and notify gaming companies’ customers to play responsibly. Gambling advertising materials should also make sure that children are not encouraged to place bets and minors are not allowed to participate in any gambling activities.

Media companies are also not allowed to hold gambling licenses and using any of their broadcast frequencies to popularize their gambling services or products.