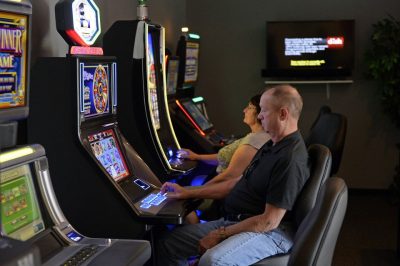 Peter K. Michael, an Attorney General, rolled out a formal opinion regarding the legal status of the so-called Wyoming Stilled Games – electronic gaming terminals which have risen in popularity across the state. He called these gambling devices illegal and said that in his opinion, people playing them are violating the existing state laws.

For the time being, video games of skill are quite common in local businesses.

Attorney General Michael explained that he had been asked to make an evaluation on the Banilla Games-manufactured electronic games were or were not legal under the existing gambling legislation of Wyoming. He further shared that the distributors of the devices have cooperated him during the evaluation process in order to help him understand how the machines operate.

After an investigation on the matter, Attorney General Michael concluded that the above-mentioned gambling devices are not legal, and anyone who provides such games is involved in professional gambling, which Wyoming laws categorize as illegal, too. He further noted that gambling is considered a crime under the state laws, and not a civil violation. This is why the officers and prosecutors who are responsible for law enforcement in the state would have to decide what the most appropriate steps would be for local communities where there are such machines.

Some Businesses Have Already Unplugged Their Machines 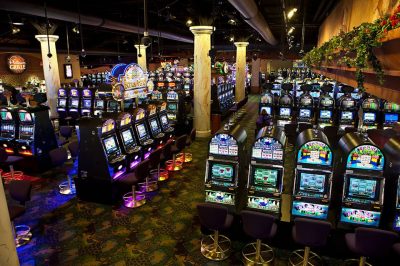 The newly-issued opinion of the Attorney General does not regard to the legal regime of the so-called historic racing machines which are available at some pari-mutuel betting locations away from race tracks across the state. For the time being, such machines are legal under separate statutes in Wyoming.

In addition, the opinion of the Attorney General does not address the gambling services offered by the two Native American tribes on the Wind River Indian Reservation. Currently, the Northern Arapaho and the Eastern Shoshone are allowed to offer gambling services under their tribal agreements with the state without breaking any Wyoming laws.

Some communities in the state have already reacted to the Attorney General’s opinion regarding the electronic gaming terminals. Chris Walsh, a member of the Casper City Council, revealed that he had previously advised some business owners to unplug the machines and remove them from their premises. Apart from that, Walsh further warned potential customers that they could be guilty of gambling misdemeanor in case they use such machines, while business owners could be guilty of criminal professional gambling.

The Attorney General’s opinion has already pushed some business owners to take immediate actions of turning the skill game machines in their premises off. Some of them, however, disagreed with the categorization of the terminals as illegal and compared them to pool tables and dart boards. They defended the providers of skill games in the state, saying that they had provided enough information about the way such machines work and that hey had even hoped for the local municipalities to pass a piece of legislation regarding the machines.

For some time now, skill games have been under closer monitoring in some US states, such as Nebraska and Colorado, where local governments have been engaged with legality checks.