Week’s Worth of Raids Result in 41 People Arrested for Online, Land-Based Gambling The gambling crackdown in progress across India has unearthed yet another batch of illegal operations in the cities of Mohali, Kharar, and Dera Bassi, Punjab amid the period of festivities around Maha Saptami. The police raids across the area revealed three individuals overseeing a gambling racket operation in addition to other criminals participating in and conducting of both online and land-based gambling.

In addition to that, some 27 people were nabbed for participation in an illegal gambling den linked to a political leader in Shamli, Uttar Pradesh. India’s authorities are on the pursuit of a gambling-free region which prompted the launch of an extensive gaming crackdown earlier this year. Police officers dedicate their efforts to the revealing of alleged locations and individuals conducting illegal gaming operation.

Acting on tip-offs provided by members of the community, the most recent operation saw the inspection of several locations in Zirakpur. As a result of the on-site investigation, a total of three people were cuffed for the management of a gambling scheme disguised as Punjab State Lottery operation. 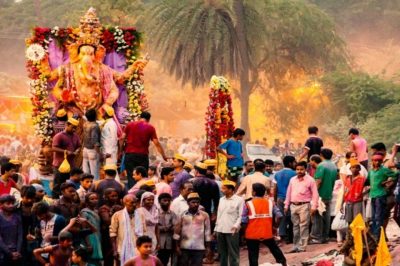 In order to maintain the integrity of the illegal operation and keep a low-profile, the individuals used the well-known lottery as a front. The location also guaranteed the successful operation of the racket, as the Lottery Bazaar is preferred by many of the locals. The Special cell managed to cover the area and arrest the criminals, later handing them over to the Zirakpur police.

Upon further investigation, they were identified as individuals hailing from Chandigarh – Deepak Kumar and Kailaaf Singh, as well as the local Dalijt Singh. While the arrest was taking place, the criminals claimed they are in possession of lottery tickets they had been selling prior to the Special Cell’s raid, proving to be a lie. Since the period is quite heated due to the celebrations, more individuals are willing to give their luck a try, which has resulted in an increased illegal gaming operation.

As many as four individuals were cuffed in Kharar, but in addition to the already wide-spread illegal gambling operation, the said four criminals have also allegedly cheated and deceived players. The illegal gaming den was situated in an apartment, thorough inspection of which revealed several mobile phones used in the scheme, as well as a laptop further facilitating it. 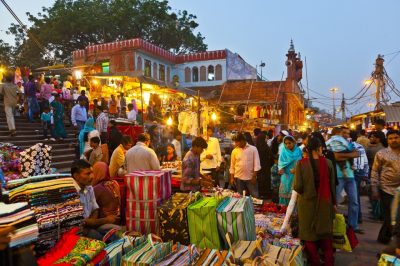 A land-based illegal operation is very common across India, but individuals willing to capitalize on people’s interest in gambling go further and explore the online world. Two individuals from Surat, Gujarat were arrested for the illegal online-based gambling management. Pinto Sanghvi from Rander and his partner Mukesh Shah hailing from Katargam were attracting their acquaintances with betting offers and promises of large payouts.

People had the chance to wager on online games eventually bringing them cash prizes. This illegal operation was considered a more convenient one, as there is no need for an actual brick-and-mortar gambling den. Mobile gaming is around the globe is a preferred form of gambling as it is a fast, easy and people can play anywhere, anytime. Following the tip-off, police officers commenced close inspection of the online operation, in order to obtain enough information. More individuals connected to the operation are wanted at the moment.

In addition to utilizing the online space, criminals do not shy away from spending a considerable amount of cash on illegal gaming. This Sunday witnessed a police raid of the personal residence of one of the leaders of the Bharatiya Janata Party which also served as a gambling den. As many as 27 individuals were present on site and gambling at the time of the police operation, which led to their arrest. In addition to that, a total of Rs 500,000 was also obtained by the authorities. Further investigation is currently in progress.