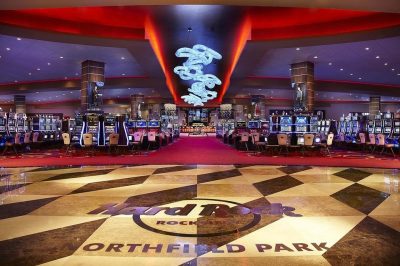 MGM Resorts has dedicated this year to many new investments and the development of new markets as it could be clearly seen by the latest move which reached its final stage this Thursday. The state of Ohio is ready to welcome more of MGM with the help of the operator’s latest arrangement associated with Hard Rock Rocksino in Ohio’s Northfield Park. The deal between MGM Growth Properties and MGM Resorts was finalized and MGM would have to pay some $275 million in order to acquire the assets in operation of Hard Rock’s Rocksino Northfield Park.

In order to gain more traction and explore what the market has on offer which is a lot, the casino developer is willing to go further. This latest deal has been in the works for quite some time now, but this Thursday was when the official announcement was issued. MGM Growth Properties is the other company in the transaction aiming to add more to the already extensive gaming portfolio of the major international casino developer and operator. As a result of the aforementioned agreement, the real property will then be leased from a subsidiary company of MGM Growth Properties.

MGM Resorts Braces for New Addition to Its Offerings What should be taken into account is that at the moment there is an arrangement linking MGM Resorts and the real estate investment trust which would see the addition of the Rocksino situated in Ohio. This is going to add some $60 million to the annual rent payment mandatory for the casino developer. According to the arrangement negotiated, as much as 90 percent of the annual rent is going to remain fixed, while each year up until 2022 would see a contractual growth at 2 percent.

The wide variety of gaming offerings available on site have already proven to be able to attract a wide range of gaming enthusiasts to the site of the Rocksino. The unique branding and excellent reputation of the Rocksino are also an added bonus to the entire experience. At the moment there are some 700 workers dedicating their work hours to the hassle-free operation of the Rocksino. From here on out, they would become part of the workforce overseen by the major casino developer, providing them with the chance to utilize the full range of benefits coming with that.

In the meantime, casino patrons would have the chance to benefit immensely by the leading M Life Rewards loyalty program, associated with MGM Resorts raving success worldwide. It aims to elevate the casino and hospitality experience of everyone on a whole new level just like in every other location overseen by the major casino operator.

Among the benefits provided by the special cards are preferences to the liking of special room rates, offers, and events available for cardholders only. Special discounts are also available for anyone interested in acquiring such a card and becoming a premium member of the MGM Resorts family.

Potential of the Gaming Offerings on Site The Rocksino is known for its 200,000-square-foot gaming venue which features more than 2,300 video lottery terminals which have proven to be among the preferred gambling activities for players from near and far. The racing offerings it provides feature both live racing events such as the Ohio Sires Stakes series and simulcast offerings widely popular across the states.

The state has a proposed Senate Bill 316 striving to greenlight sports betting, but there should also be a constitutional amendment on a state level. Since this year is not expected to see the official detailed review of the framework, sports wagering legalization might be delayed until 2020. The field is set to witness more development in the upcoming months, as Ohio strives to keep up with advancing states.