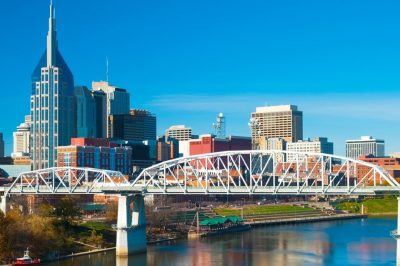 The state of Tennessee still has a long way to go when it comes to sports betting and its potential legalization but as neighboring states to the likings of Mississippi, Arkansas, and Kentucky are already working towards introducing such offerings to their players action should be taken. At the most recent Governors Debate, two Democratic candidates for the post of state Governor made it clear that they support the idea and could work towards its regulation.

It could be recalled that the month of May witnessed heated conversation regarding sports wagering, but ever since then, there had not been much talk about such. This Sunday brought some development in relation to the seemingly stalled conversation of sports betting legalization within the borders of the state. Two of the leading candidates for the position of Tennessee governor Karl Dean who is a former Mayor of Nashville and Craig Fitzhugh, State House Minority Leader were vocal when it comes to the support of the sports wagering legalization.

Mr. Dean stated that other states willing to explore sports wagering might be used as a motivation in order to bring the gaming activity to Tennessee. In the meantime, Mr. Fitzhugh claimed that the revenue amassed with the help of the said offering could be later redirected towards the increase of teachers’ salaries. The Tennessee gubernatorial election is set to take place on 6th November and if any of these two candidates is elected, work towards sports betting legalization could commence.

The overall tone of the move would follow the already established trend of utilizing game of skills’ revenue for the community improvement. Illegal sports wagering exists in the state as of this moment just like in other states that have not yet legalized it, and the revenue generated by it sinks into the gray area. Sports betting has always been considered one of the hot topics across the United States, but its levels of popularity ever since the beginning of this year have surged. Prior to the decision of the US Supreme Court states have been weighing their options for potential legalization, but only after the official ruling was fact did they have the chance to make a move. It could be recalled that up to this point sports betting was limited to the state of Nevada where it was offered in a legal manner. This made it easy for players to enjoy the well-regulated field and have their rights protected in the meantime.

Come mid-May and the official ruling of the US Supreme Court brought a breath of fresh air to the field by overturning the outdated Professional and Amateur Sports Protection Act which was first introduced in 1992. Shortly after that, the state authorities began their consideration of potential sports wagering field. Senate Judiciary Committee Chairman Brian Kelsey, R-Germantown made it clear that he supports the legalization of this gambling activity and that the local field should work on ways in which it could facilitate its introduction.

Mr. Kelsey stated back then that this could happen without the need of special amendment to the already existing rules and he is planning on pursuing legal sports betting within the borders of the state. At the moment, as it is established by the rules, the only organizations which allow gambling are the state lottery, a wide variety of daily fantasy sports, and charitable events which could later reintroduce the generated revenue back to the community.

According to the information issued back then, potential sports wagering revenue could be then utilized for supporting K-12 education. Further solidifying the position expressed, September 2017 witnessed a special brief of several states, including the Attorney General of Tennessee Herbert Slatery in support of New Jersey and its efforts to overturn PASPA. The possibility of neighboring communities attracting players from Tennessee with their sports betting offerings had also been considered and this would be among the main reasons for the efforts which might be put into its legalization.

Daily fantasy sports, in particular, could potentially be utilized as a path towards the legalization of the gaming offering, but the overall attitude of the state remains mixed. The very first days of January 2019 are set to see the 111th General Assembly convene which could potentially propel ahead work on the new sports wagering sector. In the months leading to it, local lawmakers could work on the introduction of the draft of a sports betting bill.