Could Russia’s Primorsky Krai Be the New Gambling Hub of Asia-Pacific Region? 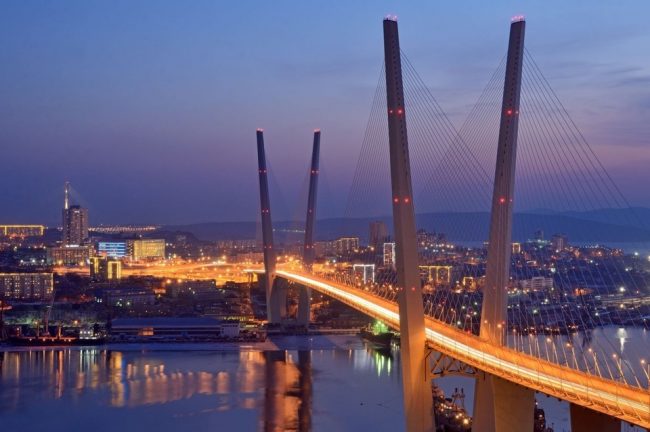 Primorsky Krai is a zone located in the Far East region of Russia which has been one of the locations witnessing an increased interest from casino developers and operators in the past several years. Due to its location which is in the proximity of larger gaming hubs to the likings of Seoul, Jeju, China, and the future gaming hub of Japan it is considered one of the attractive locations for developers from near and far.

Primorye Integrated Entertainment Resort zone is considered one of the five regions across Russia where gambling is permitted and developers are making a good use of this fact with their offerings. At the moment there are several integrated resorts in which are still under construction and are set to launch in the upcoming years. Tigre De Cristal is the only one currently in operation with a completed Phase 1, meaning that a Phase 2 of its development is soon to commence. 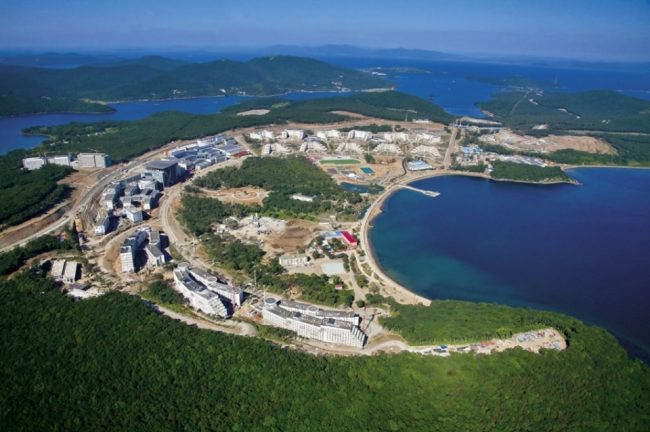 This week brought the news that there is going to be a new addition to the gaming field of Primorye in the foreseeable future which has been in the plans for quite some time now. Russian casino developer and operator CJSC Shambala managed to receive the nod of state-owned Primorsky Krai Development Corporation which conducted an auction for the next developer who is going to receive the right to construct a casino resort in the region. The two parcels of land were won by the casino investor with a bid amounting to some $128.6 million which is expected to guarantee a premium location.

According to the plans publicly issued by CJSC Shambala the site for construction in the Primorye Integrated Entertainment Resort zone located in the vicinity of Vladivostok is going to witness the new casino resort which would span over some 172,200 square feet. Among the multitude of offerings available on site, there would be a five-star hotel tower featuring some 270 rooms available for booking, as well as a luxurious casino venue which will bring to its customers a total of 500 slot machines and 50 gaming tables. The work on the design of the new location is expected to commence this September.

What Attracts Investors to this Region? 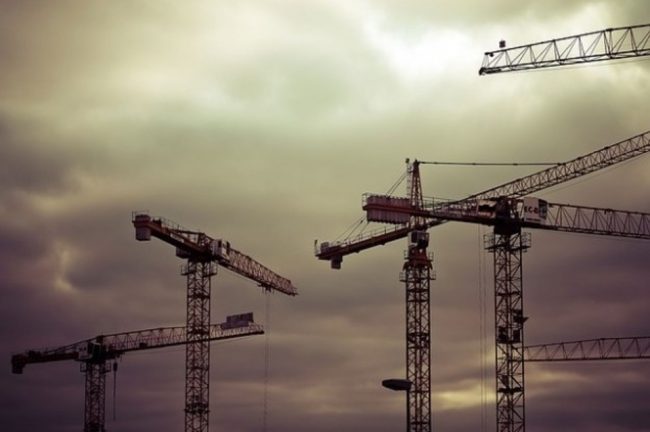 CJSC Shambala is known for its current operation of a casino venue located in the gambling zone of Azov-city, but as it has been previously confirmed its operation there is expected to come to its end by the end of 2018. This is the reason why new ventures have been sought and Primorye was chosen. Russia’s Primorye gaming zone seems to swim against the tide, and the months of February saw the official announcement that the government opposes the growth of the gambling taxes.

Heavy taxes usually do not bode well for casino operators, despite the huge potential they might see in a particular gambling market. Nevertheless, many of Russia’s other gaming zones happily embraced the tax hike to boost their economy. This is not the case for this region, however, since casino operators are obliged to pay RUB125k (US$2,170) for each gaming table and RUB7.5k (US$130) for each electronic gaming machine. In that way, the area is to speed up its development and attract investors to the area.

These measures were taken in order to improve the overall situation in the region and improve the rates of interest towards construction since bidders for future casino venue were hard to come by. Now the plans for the region is to develop it to the extent of it being an equal rival to Las Vegas and Macau with a wide variety of offerings up for grabs. The only thing standing in the way is, of course, the pace with which development is happening and the fact that several of the integrated resorts were supposed to be in operation by now.

Another concern which has been preventing the region from developing at a faster pace is the fact that the infrastructure in the area is now developed in an accommodating way. This is visible by the condition of a new speed highway which should be utilized for a faster access from the Vladivostok airport to casino resort region. Contrary to the expectations for its condition, up until recently, the final kilometers of it were turning into a mud track. At the moment, however, the region is set for advancement in the international casino field.

It was confirmed that NagaCorp is going to invest some $12 billion in order to create a 235-mile high-speed railway line which is going to become the link between the Russian township of Primorye to the Northeastern Chinese city of Mudanjiang. This is being done in order for the Chinese players to have an even faster access to the developing gambling hub since they are some of the potential customers ready to spend in the integrated resorts in the area. Experts in the field have expressed their opinion that his move could potentially shape the location into the next Macau. The integrated resort which is currently in operation has been preparing for the next stage of its construction and the last days of March brought the news that the developers behind the project are ready to give green light to its expansion and introduction of new offerings. This next stage of Tigre de Cristal is also referred to as Phase 2 of the construction process and through it, the casino developer is willing to diversify its offerings. It will be a non-gaming one.

G1 Entertainment is the company which builds the integrated resort is planning on introducing more facilities which do not have the gambling factor as their core function. This move is considered a sustainable one since this is the general direction in which many casino operators have been developing. Since it provides more family-friendly offerings an increasing number of developers are interested in providing their customers with non-gaming options such as more hotel rooms, restaurants, concert and sports venues, shopping offerings, and much more.

They bring more revenue to the casino operator since people tend to spend more if they do not necessarily want to involve in gambling activities. This will also bring benefits to the social and economic development of the region as a whole and draw more attention to it as a progressive gambling hub. This second phase of the project will add as many as 500 new hotel rooms available for booking by the visitors, as well as special areas for meetings and negotiations. 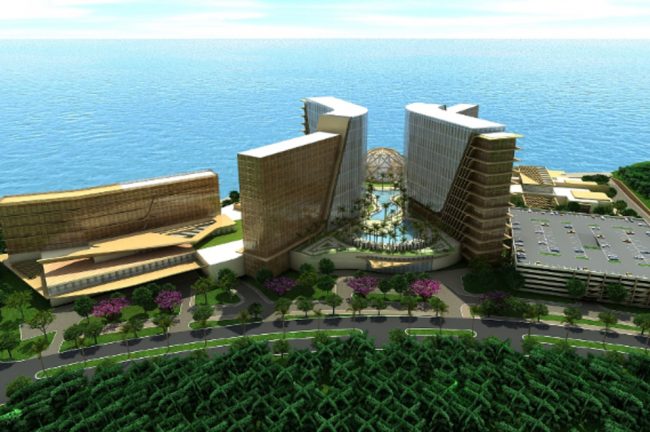 Another casino developer which is striving to complete its integrated resort project in the area is Cambodia-based casino operator NagaCorp Ltd. which is preparing for the official launch of the new location in 2019. The future resort is under construction but it remains on track with its initial plans to open next year once it is completed. This April brought the news that work has commenced and according to the operator itself pile cap work is expected to take about three months to be finished.

In the meantime, the hotel tower construction is set to be started striving to maintain the pace of work within the time frames. This first phase is going to include a hotel building providing some 279 hotel rooms available for booking, as well as a casino venue, and a conference hall.

Even though the location seems like a tempting offer for future operation, there are still casino developers which have opted for refraining from entering the field and instead picking another more promising country. Melco Resorts and Entertainment recently announced its official decision to pursue a new potential project in Japan. The casino developer is going to give its best to claim a casino license in the budding gambling field of Japan since it considers it a better opportunity for its business.

Although it has been qualified as a risky move, it could actually bring Melco more in the long run. Melco’s Chairman and Chief Executive Officer Lawrence Ho stated that Japan has the infrastructure needed for the bright future of a casino field which led to the ultimate decision to put an end to the plans for a casino resort in Primorsky Krai. The Far East region of Russia is enjoying quite the attention from casino operators willing to explore the new market and make their move in the still budding industry. This interest and their plans are soon going to come to fruition with the introduction of several new integrated resorts ready to welcome their first guests sometime next year. With the help of these new facilities, Primorsky Krai has the potential to become an equal rival to the larger established gaming hubs around the world, and especially those in the Asia-Pacific region.