Could Myanmar Get Its Foot in the Door When it Comes to Gambling Legalization? 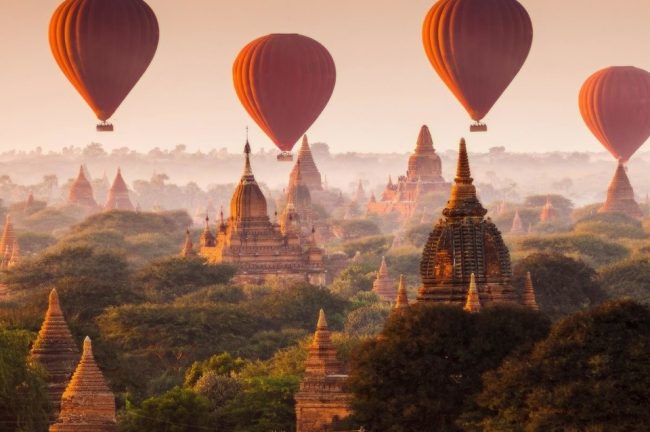 The gambling industry is in a constant state of development and progress and this could be easily seen when the focus is on the developing markets. One such example of a country attempting to make a move and explore the vast opportunities provided by the gambling industry is Myanmar. Also known as the Republic of the Union of Myanmar, previously Burma, this is a sovereign state in Southeast Asia which seems to have a lot on offer when it comes to attracting tourists. Myanmar has neighboring countries such as India and Bangladesh, Thailand and Laos, as well as China which are all countries which are already exploring the casino field and reaping the benefits from it.

For quite some time now the government of the country has been working on ways in which it could introduce gambling to the country and make the best of the situation. The potential legalization of casino venues within the borders of the country is expected to boost the local economy and attract thousands of Chinese tourists willing to try an alternative gambling location. It could be recalled that back in December 2017 this year it became clear that the authorities are looking for ways in which they could introduce gambling to the country.

Initial Announcement of the Idea 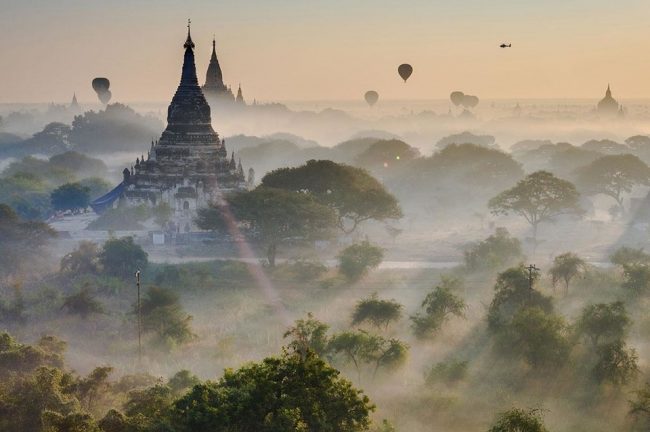 As many as five regional and state chief ministers from Mandalay, Tanintharyi, Shan, Kayin, and Mon expressed their opinion regarding the potential legalization of gambling activities. They sought the help of Vice President U Henry Van Thio in relation to the proposed introduction of casino venues to hotels located in the country. What should be taken into account, however, is that back in 1986 the government made it clear with the help of a law that casino activities would no longer be considered legal across Myanmar. However, at the moment there are still venues which are operating in an illegal manner in Tanintharyi Region and Shan State.

The illegal operation is taking its toll on the local economy and as a result, the country loses a large amount of capital which could be utilized for the needs of the nation otherwise. The five ministers made it clear back then that the legalization would make it easier for people to find a new job position and the tourists attracted by the casino offerings will also boost the tourist field. In hindsight, the previous experience with casino locations in the country has been the most positive, as many people find themselves in the knot of gambling addiction.

The casinos near the border in Kachin State’s Kan Pai Tee area used to witness mostly local players as customers, even though the initial goal was to attract only wealthy gamblers from China, hence the location close to the border. Since there has been a previous issue with problem gambling on a national scale, taking cautious measures against it happening again is to be expected by the authorities which would oversee the field. 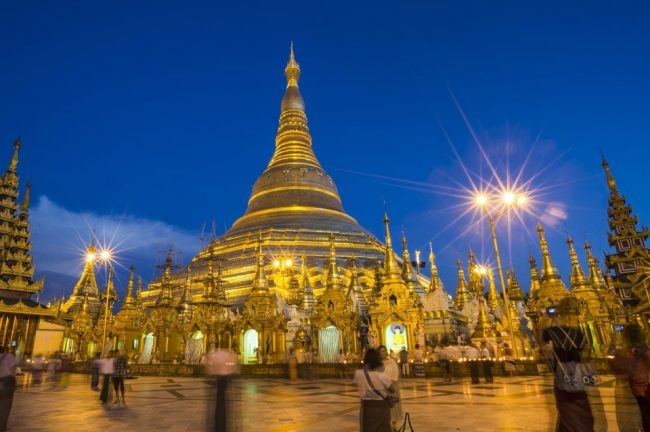 February brought the official announcement coming from the government which claimed that the authorities are able to see the potential in the legalization of gambling activities and could support their development. For the time being the operation of the said casinos located close to the Chinese border of the country are considered illegal. When it comes to actually legalizing gambling for locals and providing the proper regulation to the industry, experts claim that the shift could prove to be tricky for the authorities, since these are venues previously operated in the gray area.

Providing players with reliable and trustworthy will ensure that more tourists make their way to the casino locations which were proposed to be located in hotel resorts across the country. Apart from aiming to attract wealthy Chinese players to them, the government also has in mind the gambling enthusiasts living in Thailand, which does not allow gambling activities as of the moment. As it was recently revealed in one of the reports on tourism in the country, Myanmar welcomed about 184,000 Chinese tourists in 2016, as well as 243,000 Thai travelers. Bearing these figures in mind, the government considers their proposed move a winning bet.

As for the proposed locations which could welcome brand new casino floors and bring new gaming offerings to tourists, they are located on some of the country’s island resorts. One of the reasons for choosing them is that the year 2017 saw a drop in the prices of package tours available for tourists from Western countries and this is going to facilitate the traveling there and supposedly bring more revenue from tourists. In order to make its situation easier and solve the issue with the pending foreign debt of Myanmar, the government is looking forward to devising ways in which it could attract foreign gambling enthusiasts to participate in gaming activities in the country.

According to Minister Aung Hlaing Win, casino venues in operation could manage to generate enough revenue so that the country deal with the debt and betters its overall financial state in the process. The way to do so would be with the help of an offshore gaming licensing which will see the introduction of gambling to the island resorts in Myanmar. Even though on the mainland it is not considered legal, there are still operating brick-and-mortar venues located in Tanintharyi Region and Shan State. The proposed legalization of gambling has true potential to bring improvement to the country. 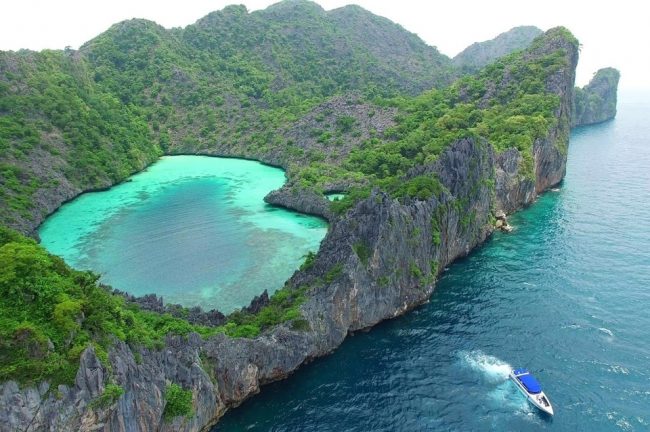 After it became known that the authorities are open to the change and could welcome casino venues operating in a legal manner, it was also confirmed that all that is needed is for the greenlighting of the gambling industry is the amendment of the Gambling Law. They should be done by the Ministry of Home Affairs which has the authority to do so. The last days of April saw this official statement which gives hope that the gambling industry could potentially see its first days of operation in the foreseeable future.

This new law is going to receive a higher priority in comparison to the aforementioned Hotel and Tourism Law. What should be taken into account is the fact that the Hotel and Tourism Law is currently being debated by the government and in it, there is one specific condition which could make it possible for casino venues to operate on the site of a hotel resort. Regardless of that, in case the Gambling Law does not receive the needed amendment, due to its priority casino operation would be allowed.

When all is said and done, the Gambling Law is the only thing standing between Myanmar’s plans for a booming gambling industry and the realization of those objectives which could bring benefits to the region due to its proximity to countries appreciating gambling such as Thailand and China. While the government is revising the said law, casino developers from around the world have already expressed their desire to make a move and explore the new market. Entering a new and uncharted field is an opportunity highly appreciated by any casino developer.

Some of the operators are currently managing casino resorts in the world gambling hub Macau and they deem it appropriate to branch out and make their first move in the closely located country. The next few months could potentially see the final decision of the Parliament and its impact on the legality of gambling activities in the country. The team of Casino Games Pro is going to continue following the topic and providing the latest happenings around Myanmar’s casino development ideas. 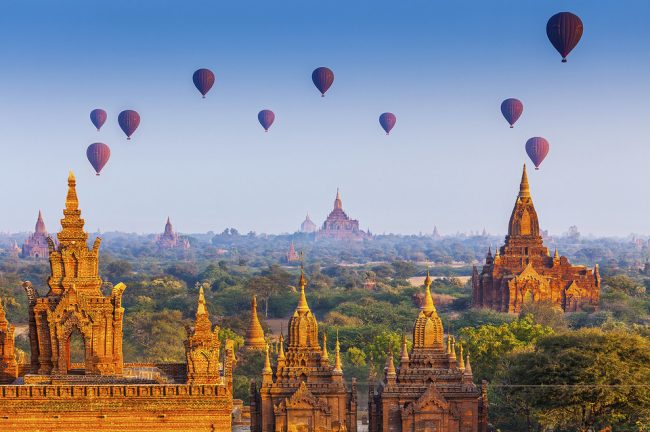 The year 2018 could prove to be a period of substantial changes when it comes to the Southeast Asian country of Myanmar which has been looking for ways in which gambling could be considered legal. A big step forward was the start of debates regarding the Hotel and Tourism Law and the Gambling Law which could potentially bring considerable changes to the status quo in the country.